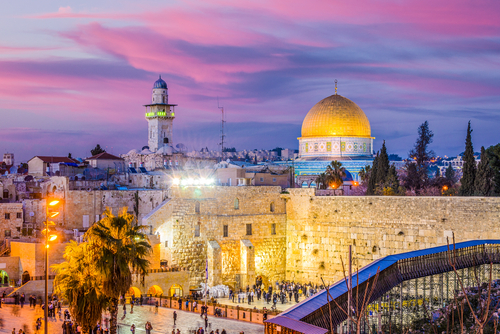 Brussels (Brussels Morning) The United Arab Emirates opened its embassy in Israel in Tel Aviv on Wednesday, in a move to improve economic ties between the two countries. Late last month, Israel opened an embassy in Abu Dhabi and a consulate in Dubai.

The formal opening of the UAE embassy in Tel Aviv is the latest in the series of steps in the normalisation of diplomatic relations between the two traditional rivals, a process that began last September with the signing of the so-called Abraham Accords.

The Tel Aviv embassy is located in the same building as the Israeli stock exchange, further evidence of the Emirates’ desire to improve economic relations while avoiding the sensitive issue of the status of Jerusalem. Both Israel and the Palestinian authorities claim Jerusalem as their own, with most western countries opting to locate their embassies in Tel Aviv in order to sidestep the issue.

Speaking at the opening of the embassy, the Emirates’ new ambassador Mohamed al-Khaja cited Israel and the UAE as examples of highly innovative nations. He said he was convinced the two could harness this creativity to work towards a more prosperous future for both as well as for the region.

Al-Khaja described the new embassy as a base for strengthening their partnership, to seek dialogue instead of dispute, and to build a new paradigm of peace. Israel’s newly-elected President Isaac Herzog welcomed the new embassy as an important milestone in the journey towards a future of peace, prosperity and security for the Middle East.
Late last month, Israel’s Foreign Minister Yair Lapid, made a two-day working visit to the UAE, where he formally opened this country’s embassy in Abu Dhabi, and a consulate in Dubai. Lapid and his UAE counterpart, Sheikh Abdullah bin Zayed Al Nahyan, signed an agreement on economic and commercial cooperation. Lapid promised there would be more such agreements signed in the coming months.