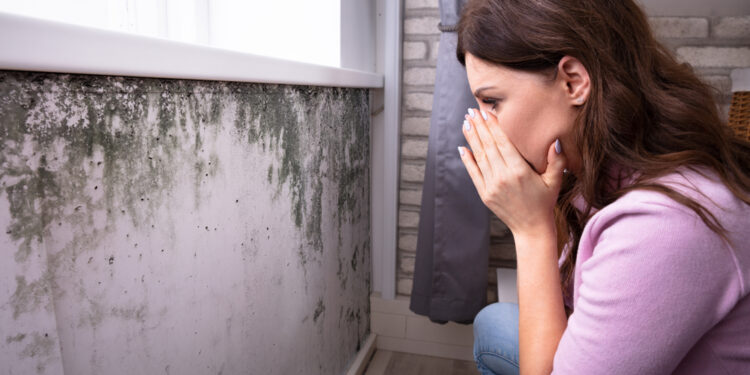 Brussels, (Brussels Morning) –  Single mothers Leslie (32) and Sakina (47) have both been waiting for social housing for years: Sakina since 2012, Leslie since 2018. They both fall within the criteria for a rent allowance. The fact that they still do not receive it has a major impact on their lives, they testified at a press conference on Wednesday said BRUZZ.

Leslie, who is currently in training, previously paid 680 euros for a one-room apartment in Anderlecht – costs not included – and counted on the new rent allowance of 200 euros, for which she has been eligible since October.

“My son immediately said that it was ‘dirty’, there was mold everywhere. But I don’t have a choice.”

But when that didn’t come, she was forced to move to an apartment for 620 euros. For the young woman, who lives with her 3-year-old son on a living wage, that 60 euros makes a big difference. “But the new apartment is unhealthy, there is mould everywhere.”

“My son immediately said that it was ‘dirty’, but I don’t have a choice. Finding a cheap home in Brussels is not easy. We both developed allergies due to the fungus and we were hospitalised for a while. I don’t want to stay in that apartment, but I have nowhere else to go.”

Sakina works as a cleaner in a school and has three dependent children aged 20, 16 and 14. She has applied for the rent allowance three times since 2012, but has been refused each time because she failed to collect all the requested documents from other administrations within 30 days.

When the new rent allowance was announced in October, she reapplied. For Sakina, the 280 euros rental allowance to which she is entitled would be a welcome support. Like Leslie, she’s only received a standard receipt so far, but no money yet.

“I paid 1,080 euros in rent for a three-room flat in Heembeek, but I couldn’t continue to pay that without a rent allowance. So last month I had to move to Laeken, and I now pay 800 euros there without costs, so probably something like 1,000 euros in total. We have one less room, I just sleep in the living room now.”

“Another problem is that we live on the third floor, with no elevator. I already have knee problems, and my stress has recently caused me to have heart problems, and those stairs are difficult for me. But there is no other option.”