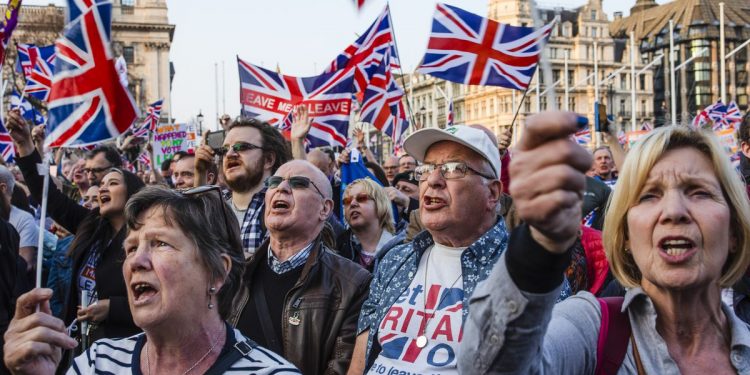 New research suggests that over 60 percent of the British public believe EU citizens should not have freedom of movement once the country officially leaves the EU.

The survey was conducted by the National Centre for Social Research (NCSR) as part of its British attitudes to policy series.

The figure, while representing the seeming majority of the population, is still a come down from results over the last four years.

After the 2016 Brexit referendum, support for EU citizens applying to live and work in the UK was 74 percent.

Respondents also widely believed that migrants should be treated the same despite their country of origin. For instance, those who thought it should be neither easy nor difficult to come to the UK scanned the same whether people were from France, Poland or Pakistan.

Other results included more people believing skilled work held more entitlement for migration than “unskilled” labour. As many as 80 percent of respondents thought doctors should be prioritised for staying in the UK, and 60 percent said the same for care workers. However, only 18 percent placed bankers in the same category.

The body, often commissioned by the government and charities for taking the public temperature on social issues, also found the nation remained divided on Brexit with divergent views on its impact.

Almost evenly split, 51 percent of respondents believed the economy would be worse off after leaving the EU while the same proportion thought it curtails its sovereignty.

“Our research challenges some of the myths that surround the Brexit debate”, said Sir John Curtice, a senior fellow at the centre.

“Voters did react adversely to the Brexit stalemate – but this reaction was to be found just as much among Remain voters as Leave supporters, while the experience seems to have stimulated rather than depressed voters’ engagement in politics”.

Trust in the government has also gone into reverse, according to NCSR, dropping seven percentage points from 2016 to 15 percent, its lowest level for more than 40 years.