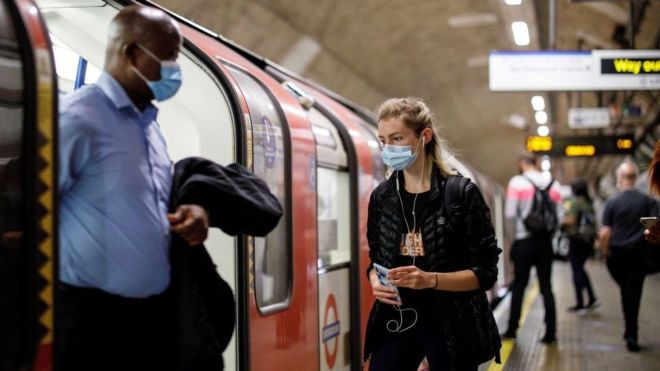 According to data from the Office for National Statistics, 62 percent of adults resumed traveling to work in the UK last week.

The figure shows an increase from the end of May when 36 percent commuted, just over two months after the start of a national lockdown.

The UK’s official statistic agency says that, in addition, 10 percent of the workforce remain furloughed. A total of 9.6 million people have been furloughed under the job retention scheme due to come to an end on 31 October.

Some of the returnees included in figures are people who are combining work-at-home days with office days and those who have returned to their physical workplace completely.

Increasing rates of coronavirus in the UK at the beginning of the year prompted the government to impose restrictions that included working from home.

As infection rates and numbers of cases started receding, the government has encouraged a steady return of economic activity, including returning to the workplace.

At the end of August, a government campaign was underway to encourage people to go back to offices to help revive city centres.

“And there are things where you just need to spark off each other and get together in order to make progress. So I think common sense will prevail between employers and employees”.

At the same time, the Confederation of Business Industry warned that city centres could become “ghost towns” without more people returning to work.

A Cardiff University and Southampton University report revealed, however, that nine out of 10 people are as or more productive working from home.

New research from the Chartered Institute of Personnel and Development (CIPD) found as well that working from home could become more permanent, with 37 percent of employers believing staff will avoid regular commuting.