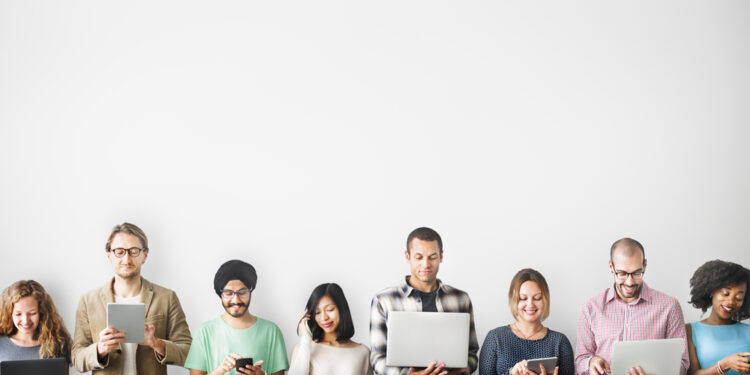 Brussels, (Brussels Morning)-  Although the COVID-19 crisis has led to an accelerated digitization of our society, the digital divide among the population has not disappeared. About two in five Brussels residents are digitally vulnerable. In this respect, Brussels is doing better than the other two regions.

In 2020, the Digital Inclusion Barometer, published by the King Baudouin Foundation, pointed to the existence of digital inequalities for the first time. The corona crisis and the associated measures led to a stronger digitization of our society. We were forced to become even more digitally active. But the gaps remain: socio-economically and culturally disadvantaged individuals struggle to keep up with digital evolution.

In Brussels, the digital vulnerability is 39 percent. That is high, but lower than in Flanders (46 percent) and Wallonia (49 percent). The degree of digital vulnerability is not the same for everyone. People with a low level of education or a low income are more at risk of exclusion. In 2021, for example, 93 percent of households in Brussels had an internet connection at home. The proportion was higher among households with a high income (98 percent) than among households with a low income (83 percent).

A striking evolution in Brussels is the number of laptop users. 70 percent of internet users now own a laptop, which is an increase of 20 percent compared to 2019. But here too, it was primarily the financially more affluent users who bought a laptop during the corona crisis, says BRUZZ.

Due to the corona crisis, many services were also digitised more. We see that in the numbers. Between 2019 and 2021, the use of essential digital services has increased most in Brussels. Online banking increased by 10 percent. This is an increase of 15 percent for online shopping and 16 percent for online administration. We see the largest increase in online health with an increase of 18 percent. Here too, there is a big difference between people with a high and a low level of education.

According to the Koning Bouwdewijnstichting, people with a low income or a low level of education, people older than 55 and job seekers are particularly excluded from the digitization of society. Also, the stereotypical image of young people between the ages of 16 and 24 as ‘digital natives’ would not hold true for young people with a low education level. Many of them only log in to the internet via their smartphone and have weak digital skills.

In the report, the researchers therefore ask the Belgian governments to continue to invest in digital inclusion. “The digitization of our society is an ongoing phenomenon, which will continue after the COVID pandemic. Despite the initiatives taken over the past two years to improve access to the internet and promote digital skills, we as a society failed to digitally engage the most vulnerable people.”

According to the researchers, the government should monitor the accessibility of digital services and provide alternative solutions, such as physical and telephone contact.