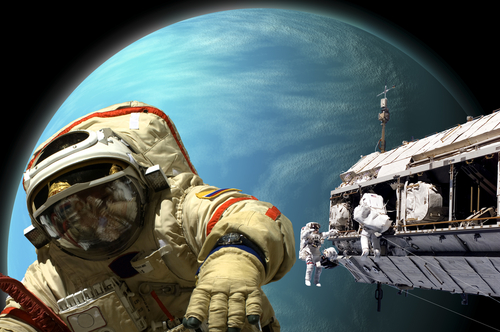 Brussels (Brussels Morning) Two of the European Space Agency’s (ESA) space exploration probes are scheduled to make a fly-by of Venus this week, barely a day and a half away from each other, as both use the planet’s gravity to get the needed boost for reaching their ultimate destinations.

The Euro-American probe Solar Orbiter was the first to make the pass on Monday, on its route to eventually enter into an orbit around the Sun and provide a fresh perspective on the main source of energy for life on Earth.

A day and a half later, the Euro-Japanese probe BepiColombo will make its pass of Venus, its goal being to shed speed and head on towards Mercury, with the aim of entering its orbit by 2025 and beginning its main science mission.

Solar Orbiter, developed in cooperation by ESA and NASA, was manufactured by Airbus Defence and Space and launched in February last year from Cape Canaveral atop an Atlas V rocket. It will enter a steeply-inclined, eccentric orbit around the Sun, where it will coordinate its close-up observations of the Sun and its inner heliosphere with NASA’s Parker Solar Probe mission.

The BepiColombo mission combines two Mercury orbiters developed by Airbus and the Japanese Institute of Space and Aeronautical Science (ISAS). The Mercury Planetary Orbiter and the Mercury Magnetospheric Orbiter were both launched together atop an Ariane 5 rocket from the European spaceport in French Guyana in October 2018.

The two modules will be delivered to Mercury by the main spacecraft, the Mercury Transfer Module, which is expected to make an orbital insertion around Mercury in 2025, achieving its final planned orbit in March 2026. The 11 August Venus fly-by will be its second and final pass near the planet, before settling into a pattern of repeated Mercury fly-bys in order to shed enough speed to enter orbit.

Both spacecraft, the Solar Orbiter and the BepiColombo, will be sending fresh science data from their fly-bys of Venus this week, although neither will be in position to image the planet. The Solar Orbiter’s main camera will be facing the Sun during the entire manoeuvre, while BepiColombo’s main camera is obscured due to the position of the two orbiters within the Transfer Module.