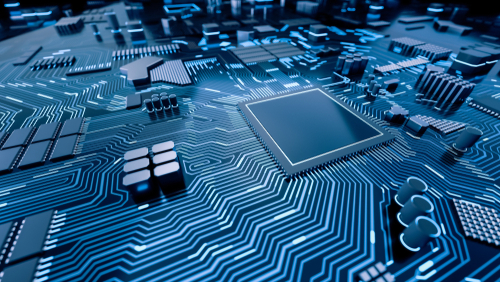 The companies noted that the French government will co-finance the project and added that the new factory will be built next to ST’s facility in Crolles, according to Reuters reporting on Monday.

The announced production facility is to start operating at full capacity by 2026 and produce 620,000 wafers annually, the statement notes.

The two companies made the announcement as French President Emmanuel Macron is to announce roughly 6.7 billion euro worth of investments in the country at the coming Choose France summit later this week.

As global supply chain disruptions highlighted EU and US’ dependency on Asian chipmakers, they announced plans to attract investors with subsidies to increase local production and address the global supply crunch, which hit the automotive industry hard.

The new factory is to produce 300-mm wafers that are used in mobile and automotive applications, among other.

The two chipmakers did not say how much the project is worth or how much money France will provide.

According to a source familiar with the matter, the factory will cost roughly US$ 5.7 billion, while Le Figaro daily reported earlier that the investment would stand at nearly 4 billion euro.

ST CEO Jean-Marc Chery pointed out that the new factory will increase the company’s output and help its “European and global customers as they transition to digitalisation and decarbonisation.”

Earlier this year, the European Commission (EC) relaxed rules for investing in semiconductor plants in the European Chips Act with the aim of helping the bloc to increase its global market share to 20% by 2030.

US Intel technology company announced plans in March to invest some US$ 88 billion in Europe which includes building a production complex in Germany and a research hub in France, among other.

According to Intel, the research hub in France will create roughly 1,000 new jobs.

Intel’s announced production facility in Germany is to employ the 2 nm process, producing a newer generation of chips compared to the factory that ST and GF announced.