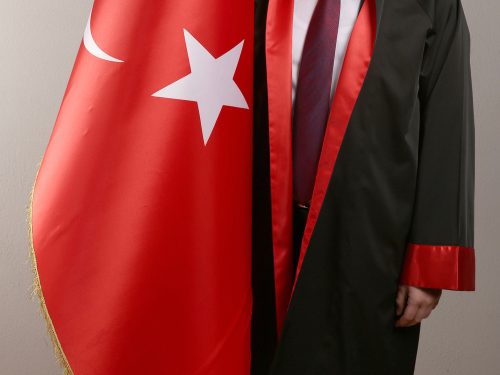 Sahin alleged on Wednesday that the HDP “was acting together with PKK terrorists and affiliated organisations, acting as an extension of such organisations”. Such activity, he said, “threatens to destroy the indivisibility between the state and the people.”

Sahin made his accusations within hours of HDP lawmaker Omer Faruk Gergerlioglu being stripped of his seat in parliament, after an appeals court upheld his 2018 conviction for “spreading terrorism propaganda” in a social media post.

Sahin submitted the charges to the Constitutional Court as HDP lawmakers were protesting against Gergerlioglu’s removal from parliament. Gergerlioglu, a former supporter of Turkey’s President Recep Tayyip Erdogan who joined the HDP out of disillusionment, was sentenced to two-and-a-half years in prison for sharing an article calling for peace talks with PKK and its jailed leader, Abdullah Ocalan.

HDP, the third largest party in theTurkish parliament, has been particularly vocal in its opposition to Erdogan, who for years has accused the party of acting as a political front for the PKK. The HDP denies such links, and has condemned Sahin’s move, characterizing it as a “heavy blow to democracy” while urging all of its supporters to resist.

“We call on all the democratic forces, the social and political opposition, and on our people to join a common fight against this political coup,” the party declared in a statement.

The US State Department warned that banning the party would “further undermine democracy” in Turkey. “We call on the government of Turkey to respect freedom of expression in line with protections in the Turkish constitution and with Turkey’s international obligations,” State Department spokesman Ned Price said.

The Turkish lira dropped 1.5% against the US dollar when Sahin’s filing was announced, a reflection of apparent concerns that it will spark fresh tensions between Turkey and its Western allies.