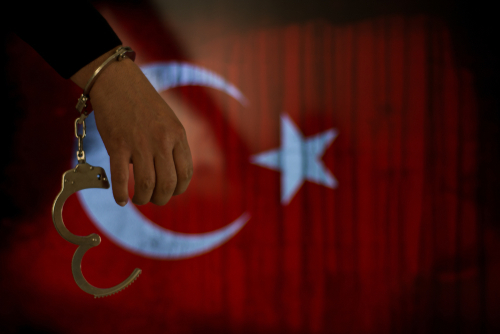 Peker’s clips have gone viral in Turkey and attracted widespread media attention. They include accusations of AKP lawmakers being involved in malfeasance, murders, rape, drug trafficking and other illegal activities. Peker claims that the government shielded him from prosecution, and that it provided him with police escorts to ensure his safety at times.

According to the mob boss, Interior Minister Suleyman Soylu personally tipped him off that the judiciary was on his case, giving him enough of a head start to leave the country and flee from prosecution. While opposition lawmakers are demanding Soylu resign, the Turkish government is refusing to investigate any of Peker’s claims, making it difficult to either confirm or deny the allegations.

After weeks of ignoring the media outcry, President Erdoğan commented on the case by trying to link Peker to Kurdish militants and deflect any alleged ties with his party. “It causes us great sorrow to see that some wretched and unworthy people in our country accept help from the mafia”,  Erdoğan said during a cabinet meeting this week. “Like terror organizations, criminal gangs are venomous snakes”.

Turkish political analysts believe that the scandal will additionally erode popular support for the AKP government, which was already sliding down the polls due to a combination of the country’s economic crisis and its handling of the coronavirus pandemic.

According to a Metropoll survey, AKP approval has dropped to a mere 27%, a 15-point drop compared to the party’s results at the June 2018 elections. Another poll rating the popularity of individual politicians gives Erdoğan a 40% approval rating, which puts him behind the opposition mayors of the two largest cities, Ankara and Istanbul.