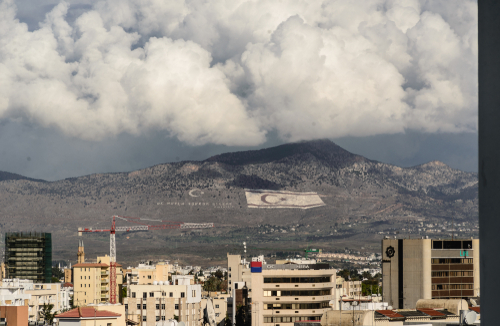 Brussels (Brussels Morning) Turkey’s announcement that the abandoned Varosha quarter of Famagusta is to be partially reopened has stirred up international criticism.

Turkey’s President Recep Erdoğan, visiting the de facto state of Northern Cyprus on Tuesday, proclaimed that “a new era will begin” in Varosha “which will benefit everyone,” Reuters reports.

Varosha was abandoned when Turkish forces landed in the soon-to-be divided island in 1974. At the end of 2020, Turkish Cypriot authorities reopened a small part of the closed off quarter. Yesterday, they announced that a mechanism is to be adopted that will allow Greek Cypriots to reclaim their properties.

Responses to the move

Greek Cypriots expressed outrage that Turkey is trying to appropriate Varosha. The President of Cyprus, Nicos Anastasiades, described the move as “illegal and unacceptable”. He made a point of sending “the strongest message to Mr Erdoğan and his local proxies” that their actions and demands “will not be accepted”.

Greece’s Foreign Ministry condemned the plan “in the strongest terms”.

Josep Borrell, High Representative of the EU for Foreign Affairs and Security Policy, said that the decision “risks raising tensions on the island and compromising a return to talks on a comprehensive settlement of the Cyprus issue”.

A “deeply concerned” UK stated it would discuss the issue with UN Security Council members and called on “all parties not to take any actions which undermine the Cyprus settlement process or increase tensions on the island”.

US Secretary of State, Antony Blinken, termed the announcement provocative and unacceptable. The US seeks to refer the issue to the UN Security Council and “will urge a strong response”.Greek Cypriots and the EU reject a two-state solution for Cyprus. Turkish Cypriots and Turkey insist that the issue can only be resolved through new negotiations between two states. “We are right and we will defend our right to the end,” Erdoğan asserted in Nicosia on Tuesday.