Turkey warns Haftar against targeting its forces in Libya 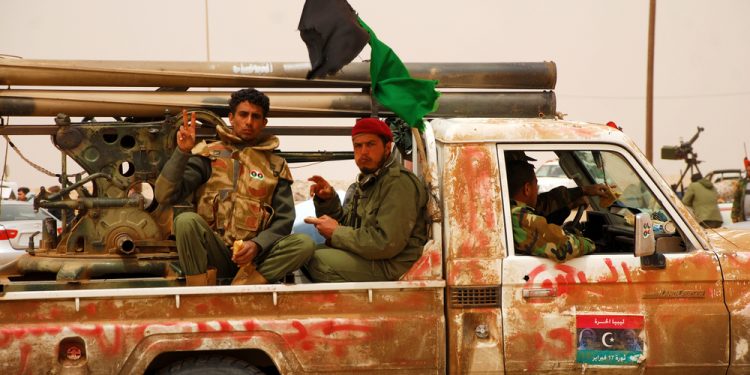 Akar stressed that any attempting to attack Turkish forces would be seen as legitimate targets.

Turkey is the main foreign supporter of Libya’s Government of National Accord (GNA), which has been fighting against LNA for years. Egypt, Russia and the United Arab Emirates back the LNA.

The two sides signed a ceasefire agreement in October, with the UN pushing for political talks with the aim of holding elections in 2021 to resolve the crisis. Last week, Russia stressed the need to intensify international efforts to find a peaceful solution to the situation in Libya.

Speaking in Tripoli during his visit to Turkish troops there, Akar noted how Haftar’s rhetoric against Turkey is growing harsher. All sides should support talks aimed at finding a peaceful solution, he stressed.

“This war criminal thug, Haftar, and his backers should know that in the event of any attack attempt waged on Turkish forces, the killer Haftar’s forces will be viewed as legitimate targets everywhere,” Akar warned.

He called on all sides to work for a political solution in Libya, and condemned any activities that made this more difficult to accomplish.

While Ankara supports the GNA with personnel and equipment, it is looking for ways along with Moscow to end the conflict between GNA and LNA.

The warring sides have yet to withdraw their forces from the front lines despite inking the truce agreement. UN experts have warned that supporters of both sides in the conflict have violated the arms embargo on Libya.

In November, Germany and Turkey were at loggerheads over the inspection of a Turkish freight vessel when an attempt was made to enforce the arms embargo. Ankara denounced the EU military mission inspection of the vessel as illegal.

Earlier this month, the LNA intercepted a Turkish ship heading to the port city of Misrata. Ankara protested the move and the ship was later released.