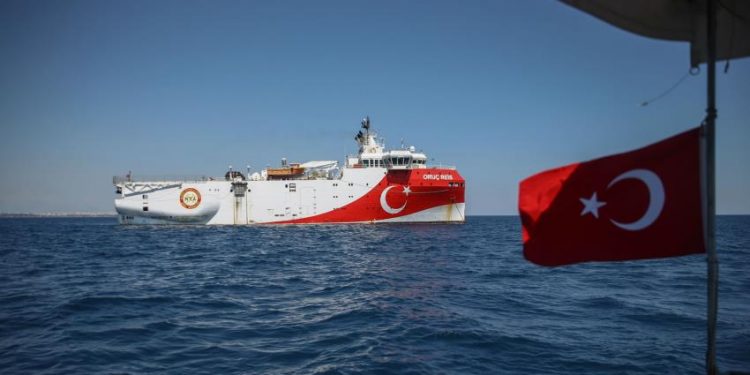 The move will likely reignite tensions with Turkey’s NATO ally Greece and the EU since the announcement, made by the Turkish Navy, said the Oruç Reis survey would include an area south of the Greek island of Kastellorizo.

Greece claims rights over the waters around Kastellorizo, but Turkey insists it has the greater claim to the Eastern Mediterranean because of its longer coastline. Tensions between Greece and Turkey built up in August, when the Oruç Reis survey ventured into disputed waters and both countries staged naval exercises in strategic waters between Cyprus and the Greek island of Crete.

According to the Turkish Navy announcement issued through Navtex, the latest survey mission will see the Oruç Reis accompanied by the offshore supply ships, Ataman and Cengiz Han.

Turkey recalled the survey mission from disputed waters last month, after Greece and the EU had urged Ankara to do so. At the time, Turkey’s President Recep Erdoğan stated that the move was intended to give diplomacy a chance.

After the recent EU summit, the bloc announced sanctions against Turkey in the event it continued operations in the disputed waters. Ankara was critical of the move, saying it was intended to strain relations between Turkey and the bloc.

Both Greece and Turkey supported the German initiative to ease the crisis last month and had agreed to talks in Istanbul, but the exact date was not set. The foreign ministers of Greece and Turkey met last week on the margins of the Globsec security forum in Bratislava, Slovakia, in what were the highest-level talks since tensions escalated.

Germany’s Foreign Minister Heiko Maas is to visit Ankara on Wednesday to discuss the Eastern Mediterranean situation, according to TRT , Turkey’s state broadcaster.