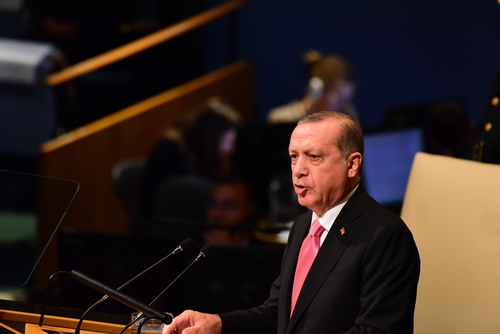 Brussels (Brussels Morning) Turkey’s President Recep Erdoğan announced on Saturday that he had instructed the Ministry of Foreign Affairs to expel 10 Western ambassadors.

The ambassadors of Canada, Denmark, Finland, France, Germany, New Zealand, Norway, Sweden, the Netherlands and the US called for Kavala’s “urgent release” in a joint statement on 18 October, after which they were summoned to the Turkish Ministry of Foreign Affairs.

Kavala has been behind bars for four years and is accused of financing protests in 2013 and involvement in a failed coup three years later.

“I gave the necessary order to our foreign minister and said what must be done: these 10 ambassadors must be declared persona non grata“, Erdoğan noted.”The day they do not know and understand Turkey, they will leave”, he stressed.

According to a diplomatic source, the situation could de-escalate since “no instructions have been given to embassies.” However, the same source indicated that Ankara could decide to take action when the Cabinet meets today.

Officials in Norway say the Turkish authorities had not notified its embassy and that it would continue to urge Turkey to respect the rule of law and democratic standards.

New Zealand noted that it had not received any notice through official channels and made a point of saying that it “values its relationship with Turkey.”

Denmark’s Minister of Foreign Affairs, Jeppe Kofod, stressed that “we will continue to guard our common values and principles, as also expressed in the joint declaration.”

A source in Germany’s Federal Foreign Office observed that all of the 10 countries are in contact.

EP President David Sassoli declared that “the expulsion of ten ambassadors is a sign of the authoritarian drift of the Turkish government.”

The Council of Europe has announced plans to start infringement proceedings against Turkey unless the authorities there release Kavala.