Turkey promises no extradition of Uyghurs despite treaty 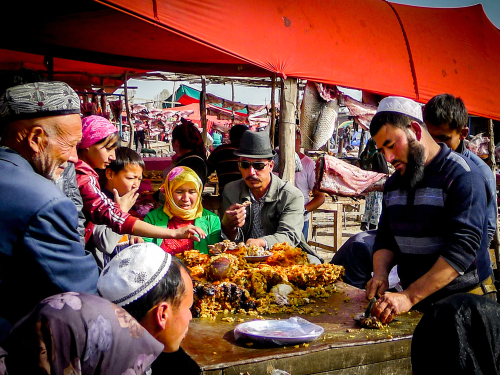 Brussels (Brussels Morning) Turkey’s President Recep Tayyip Erdoğan is facing an embarrassing controversy, as the opposition and the Uyghur minority become more and more alarmed about the extradition agreement with China that the Turkish parliament plans to ratify soon, RFI.reports

“The government tells you that Turkey is the greatest supporter of Muslims in the world”, Good Party deputy Meral Aksener told her colleagues in an address earlier this month. “But they fail to hear the cries of our brothers and sisters in China who are tortured for saying they’re Muslims. From Europe and America, we hear sounds of condemnation, but from Ankara only silence.”

A mutual extradition treaty between China and Turkey was signed years ago, but only recently ratified by Beijing. As Ankara now prepares to ratify the treaty at its end, opposition and members of the Uyghur minority who had sought sanctuary in Turkey are fearful the treaty will be used to extradite Uyghurs back to China, where they face prosecution on the basis of their faith.

“We will be accepting a legal document that would put Turkey into the position of being under obligation to extradite people to China without confirming if they committed a crime or not”, Ibrahim Ergin, an attorney working with the Istanbul-based International Refugee Rights Association, declared

“In the case of my client Abdulkadir Yapcan, five witnesses that claimed my client is a terrorist in the evidence offered by China were executed”, Ergin explained. “They have executed even the witnesses who accused my client. What kind of justice will he face back in China.”

Turkey’s Foreign Minister, Mevlüt Çavuşoğlu, has dismissed all claims that the treaty would be used to repatriate Uyghur refugees. Given that many government backers are also strong supporters of the Uyghurs, RFI believes that Çavuşoğlu’s response reflects pressure to promise that no Uyghur will be deported to China.

Nonetheless, Uyghurs continue to oppose the ratification. Uyghur leader Seyit Tumturk has warned that tens of thousands of Uyghurs would burn themselves in front of the presidential palace should the extradition bill become law.

The opposition has vowed to fight the ratification every step of the way. Meanwhile, the government has yet to set the date for the vote. “Any deputy who votes in favour of it will have blood on their hands,” Meral Aksener warned.