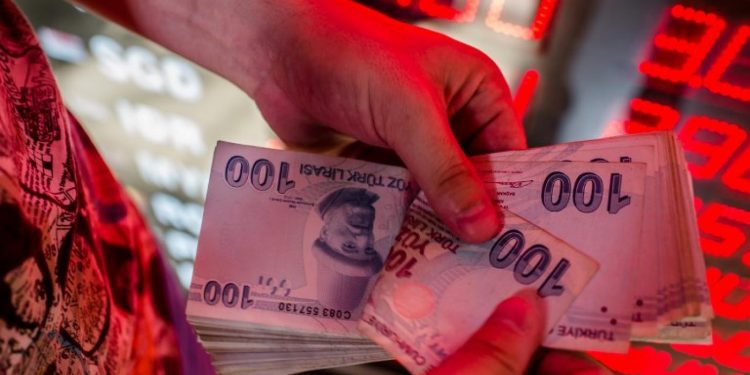 Brussels (Brussels Morning) The Turkish Banking Regulation and Supervision Agency (BDDK) plans to make changes to the asset ratio requirement with the aim of strengthening the lira, according to unnamed officials, Bloomberg reported Friday.

The asset ratio was introduced in April, during the peak of the coronavirus pandemic, compelling commercial banks to extend credit as well as buy government debt.

Officials point out that the BDDK will soon announce changes that should entice commercial banks to hold deposits in domestic currency, which should help boost confidence in the lira.

They noted that the ratio will be lowered or the way it is calculated will be changed, and that the BDDK would be able to fine banks that fail to meet the requirements.

The announced move follows Thursday’s decision by the Central Bank of the Republic of Turkey (TCMB) to increase interest rates.

Official data shows average rate on three-month lira deposits of 13.2% on 13 November, with annual inflation standing at approximately 12% throughout 2020.

Also on Friday, Turkey’s President Recep Erdoğan, commenting on the TCMB rate hike from 10.25% to 15% the day before, said it was unpleasant but necessary, Reuters reported.

The Turkish Ministry of Finance and Treasury headed by Lütfi Elvan, who was appointed earlier this month, promised to adopt complementary policies aimed at getting inflation under control.

Likewise, the TCMB, headed by Naci Ağbal appointed some two weeks ago on 7 November, has pledged to bring down double-digit inflation and boost the lira. Following the new appointments, Erdoğan promised last week that a new economic approach would reverse negative trends, noting that the value of the lira had dropped some 50% since the start of 2018.

The government wants to reduce inflation as soon as possible to single digits, Erdoğan said, as well as making sure interest rates follow suit. His continued calls for lowering rates and replacement of two TCMB heads since July 2019 have raised concerns about political meddling in Turkey’s monetary policy.

Erdoğan stressed the importance of curbing price growth with the aim of stabilising the lira and expressed belief that interest rates are driving inflation. Elvan stated his support for the TCMB’s latest decision, describing it as a strong and clear move. The central bank, he stated, plans to adopt fiscal policies that will support price stability.

Investors have turned away from the lira this year because of concerns over TCMB’s depleted foreign currency reserves and geopolitical tensions, among other issues, Reuters  reported mid-week.