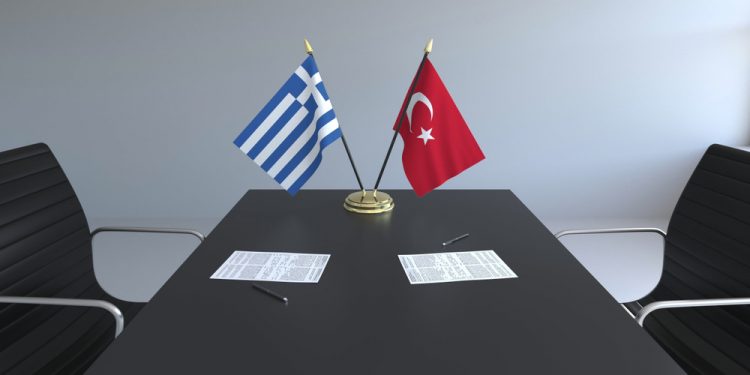 Brussels (Brussels Morning) Turkey has invited Greece to resume talks intended to ease the tensions between the two countries, AP reported on Monday. Relations between Ankara and Athens have been growing progressively worse since summer, mostly because of escalating disputes over maritime borders and energy rights in the eastern Mediterranean.

Despite both countries being members of NATO, they have stark disagreements over the extent of their respective continental shelves in the Mediterranean, having held some 60 rounds of talks on the issue before suspending negotiations in 2016.

Last year, tensions flared as Turkey sent a surveying vessel, escorted by warships, to prospect for energy resources near the Greek island of Kastellorizo, an area of the Mediterranean that Greece claims is over its continental shelf. Ankara, for its part, argues that the island, being far from the Greek mainland and closer to Turkey, cannot have a continental shelf.

Greece also reacted furiously to Turkey’s decision to turn Istanbul’s iconic Hagia Sophia back into a mosque in July last year. The antique place of worship served for nearly a millennium as an Orthodox Christian cathedral. After the fall of Constantinople in 1453, it was converted into a mosque. Turkey’s secular founder Mustafa Kemal Atataturk transformed the building into a museum in 1935.

On Monday, Turkey’s Foreign Minister, Mevlut Cavusoglu, publicly invited Greece to return to the negotiating table and start a new round of the so-called exploratory talks this month. AP reports the invitation comes as Ankara vowed to improve its ties with EU nations, after the bloc determined to expand sanctions that it had agreed to impose on Turkey in December last year.

“Today, we want to extend an open invitation to Greece,” Covusoglu declared “We invite Greece to start exploratory talks, with the first meeting being held in January.”

Greece’s Prime Minister Kyriakos Mitsotakis acknowledged he had been informed of the offer, despite not having received any official invitation as yet. “I retain as a positive element that Turkey has expressed the will for the process to start,” Mitsotakis said, while indicating that Greece would attend the exploratory talks once the date is set.