Turkey insists on a two-state solution for Cyprus 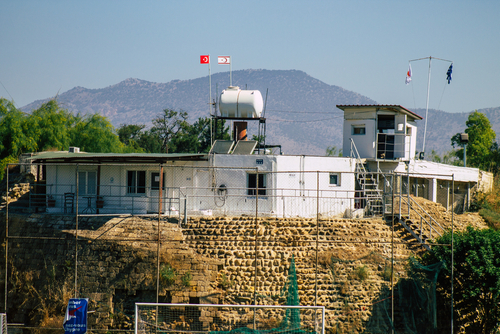 Brussels (Brussels Morning) Turkey’s President Recep Tayyip Erdoğan has rejected any discussion of a federal system as a model of reunification for Cyprus, insisting instead that the only solution for the divided island is a two-state solution, AP reports.

Addressing the parliamentary representatives of his ruling Justice and Development Party (AKP) on Wednesday, Erdoğan spoke of the peace deal to be negotiated. “There no longer is a way out for Cyprus other than the two-state solution,” Erdoğan insisited. “Whether you accept it or not, there can no longer be such a thing as a federation.”

The Turkish president made his statement in anticipation of the call by UN Secretary- General Antonio Guterres of a meeting next month to bring together the divided Greek and Turkish Cypriots, along with the island’s three guarantors – Greece, Turkey and Britain.

The island has remained divided since 1974, when Turkey’s invaded following a coup that had attempted to forge its union with Greece. The northern third of the island, which became home to Turkish Cypriots, later declared a state of independence that only Turkey recognises.

The two ethnic sides of the island, backed by their respective “mother lands”, have since failed to find a mutually acceptable solution for reunifying Cyprus.

Ankara and the Turkish Cypriot administration now maintain that a solution envisioning a bicommunal federation made up of Tukish and Greek zones had been tried numerous times, always resulting in failure, while the Greek Cypriots reject any deal that would legitimise the ethnic partition of the island.

Earlier this week, Greek Prime Minister Kyriakos Mitsotakis visited Cyprus and said his country’s priority is to end the “Turkish occupation”, and that insistence on a two-state solution was unrealistic.

“If they are looking for peace they should not challenge me,” Erdoğan said on Wednesday. “If you don’t know your place, then it means that you are kicking the negotiating table.”