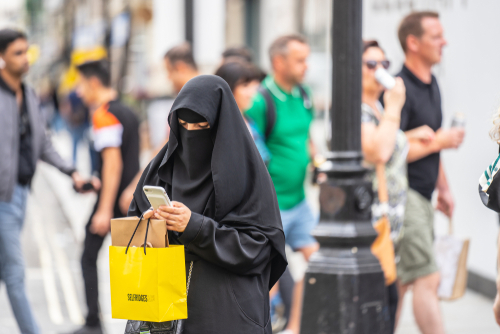 Brussels (Brussels Morning) The Turkish presidency’s head of media communications, Fahrettin Altun, has condemned the Court of Justice of the EU (CJEU) ruling permitting companies to ban headscarves, claiming not only that the decision was “wrong” but describing it as “an attempt to grant legitimacy to racism”.

Turkey criticised the ruling on Sunday, asserting that it would make EU citizens more prejudicial against Muslim women and describing it as a “clear violation of religious freedoms,” Reuters reported.

The Turkish Ministry of Foreign Affairs decried the ruling, asserting that Muslim women are being increasingly discriminated against in Europe. “Islamophobia, racism and hatred” are on the rise in Europe, a ministry statement declared. It went on to claim that the ruling “disregards religious freedoms and creates a basis and legal cover for discrimination”.

The ministry claimed that Europe has been “taken hostage by hatred”.

The Turkish government has been accusing European countries of failing to prevent discrimination against Muslims for years and has announced plans to release annual reports of what it deems to be Islamophobic incidents.

Western countries, meanwhile, have been criticising President Recep Erdoğan’s government for religious intolerance and authoritarianism. Ankara came under fire from Greece, Russia, the US and church leaders last year over the conversion of Hagia Sophia to a mosque.

On Thursday, the CJEU ruled that companies in the EU can ban employees from wearing headscarves for justifiable reasons such as when they seek to project and ensure a neutral image to customers and clientele.

The case was brought before the court by two German Muslim women who had been suspended from work for wearing headscarves. According to court documents, the two workers initially did not wear headscarves, but opted to do so years later and were instructed against it.”A prohibition on wearing any visible form of expression of political, philosophical or religious beliefs in the workplace may be justified by the employer’s need to present a neutral image towards customers or to prevent social disputes”, the CJEU concluded.