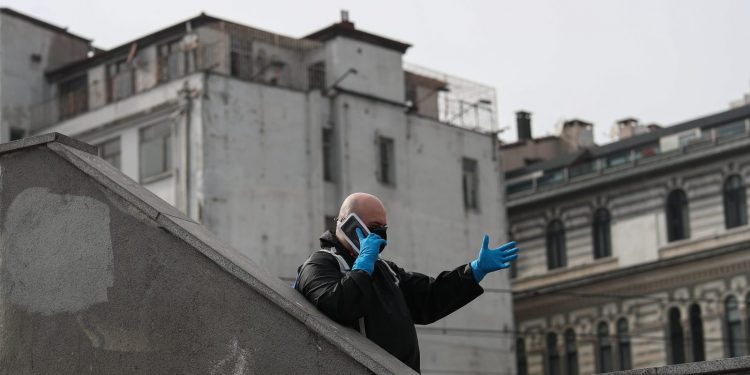 Erdoğan characterised Macron’s critical remarks as an attack on Muslims and went as far as suggesting that the French President had mental issues. By way of response, France recalled its ambassador from Ankara. Turkey then called for a boycott of French products, a campaign other Muslim countries took up, with anti-French protests flaring up across the Muslim world.

French Institute for International and Strategic Affairs (IRIS) deputy director Didier Billion expressed dismay at Erdoğan’s verbal aggression, noting that the atmosphere is becoming more and more explosive. Billion did point out that the two countries have had their differences for some time over issues such as the conflicts in Syria and Libya, the Eastern Mediterranean hydrocarbons exploration dispute and the conflict in the Nagorno-Karabakh region.

He did not think these differences would lead to outright confrontation but allowed that they make cooperation between the two more difficult when it comes to dealing with issues like the fight against terrorism or economic projects.

Jean Marcou, professor at Grenoble Institute of Political Studies pointed out that Turkey’s domestic media had given scant coverage to the beheading of the French schoolteacher Samuel Paty, whose brutal execution-style death unleashed the most recent spate of violence and much of the accusatory rhetoric that ensued. Marcou intimated that that Erdoğan benefited from this insofar as Turkish media coverage was selectively one-sided. He attributed the tone and language of Macron’s pronouncements to the French President’s attempts to strengthen his international profile in anticipation of Brexit.

Senior policy fellow at the Council on Foreign Relations, Asli Aydıntaşbaş , predicted that both Macron and Erdoğan are vying for regional influence. Erdoğan sees the dispute as an opportunity to step up as defender of Islam, Aydıntaşbaş noted, while  Macron is using it to widen his sphere of influence in the Middle East.

Turkey, she suggested, could be shooting itself in the foot since France will likely gain the support of its EU counterparts in the event of a concerted push for imposing sanctions against Turkey. She noted that Germany, Italy and the Netherlands have already expressed solidarity with Macron and France.

Centre for Economics and Foreign Policy Studies (EDAM) chair Sinan Ülgen sees EU sanctions as being unavoidable, albeit probably limited. Regardless, the rift between Ankara and the West is likely to widen, he concluded.

Late Thursday, EU Council President Charles Michel let it be known that the EU is likely to take a less positive approach to Turkey unless Ankara alters course, Kathimerini reported. The EU had offered a clear path for cooperation with Turkey, Michel said, yet Ankara did not take it. Now the bloc will decide how to proceed at the next EU summit in December.