Turkey and Greece to seek common ground in Mediterranean talks 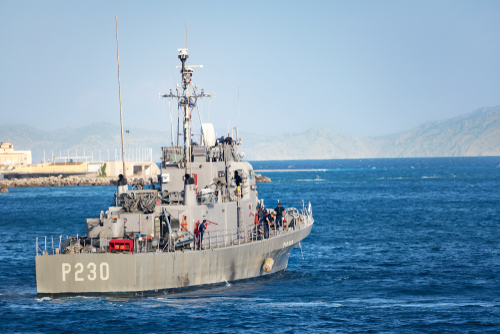 Brussels (Brussels Morning) Turkey and Greece are to seek common ground in their talks on the Mediterranean in Istanbul today, according to Reuters reporting on Sunday.

The meeting comes after Turkey called a halt to hydrocarbon exploration in disputed waters of the Eastern Mediterranean, which had been straining Ankara’s relationship with the EU.

Both sides express willingness to improve relations, but diplomats warn reconciliation will take time, pointing to years of differences over issues including migrants, Cyprus, maritime boundaries and human rights.

Comments of officials and diplomats

Josep Borrell, High Representative of the EU for Foreign Affairs and Security Policy, noted that Turkey needs to stop being confrontational and return to dialogue.

Turkey’s President Recep Erdoğan informed EU ambassadors in Ankara this year that he is prepared to work on improving relations with the bloc.

Unnamed diplomats noted Turkey will have to do more than change its tone and rhetoric to reassure EU member states calling for sanctions against the country and which the bloc is scheduled to discuss in March.

One such Brussels-based diplomat, pointing out that it would “take a significant gesture from Turkey” to change the course of its relationship with the EU, stressed that today’s meeting is no reason to be optimistic.

Turkey’s Minister of Foreign Affairs Mevlüt Çavuşoğlu announced in Brussels last week that talks on the situation in Cyprus should take place in two months in New York.

Ankara’s move to rebuild bridges with the EU comes amid an economic slowdown in the country, in part due to the coronavirus pandemic and in part due to international tensions.

Erdoğan has promised to reform the judiciary after criticism from Western countries which warned that rule of law has been eroding in Turkey since the failed coup in 2016 and the ensuing crackdown.

The European Court of Human Rights has called on Turkey to release politician Selahattin Demirtaş arrested in 2016 and businessman Osman Kavala arrested in 2017, appeals Erdoğan ruled out.

Besides looking to improve relations with Greece, Turkey is aiming to normalise relations with France and has appointed a new ambassador to Paris.NATO Secretary General Jens Stoltenberg welcomed the announced talks between Athens and Ankara after meeting with Çavuşoğlu in Brussels on Friday. He said it was important to ease the tensions between the two.