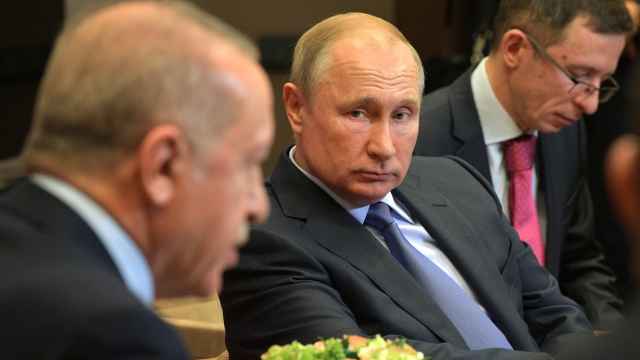 Brussels (Brussels Morning) Turkey’s President Recep Erdoğan has accused the Organisation for Security and Co-operation in Europe (OSCE) Minsk Group co-chairs of stalling in their dealings with the Nagorno-Karabakh region clash, Reuters reported, Wednesday. He said the region should be returned to Azerbaijan.

Addressing the Turkish parliament, Erdoğan stressed that Armenia should return the occupied land to Azerbaijan, adding that Azerbaijan should be allowed do whatever it wants with its own land. Commenting on some 30 years of talks under the auspices of the Minsk Group, Erdoğan said the Group should wrap up the talks and ensure the region is handed over to its rightful owners.

Turkey has accused Armenia of occupying parts of Azerbaijan and has urged the Minsk Group, co-chaired by France, Russia and the US, to persuade Armenia to withdraw from the region.

Azerbaijan claims Armenia has been targeting its gas and oil pipelines and has warned that there will be severe repercussions. The Azerbaijani President had called earlier for Turkey to be involved in negotiations.

Although under international law, the region belongs to Azerbaijan, it is governed and populated by ethnic Armenians. The armed conflict in Nagorno-Karabakh has given rise to concerns that Turkey and Russia could end up being embroiled in the confrontation since both countries currently support opposing sides in the conflicts in Syria and Libya.

Turkey appears to be heading towards diplomatic isolation over its actions in disputed waters off the Greek islands in the Eastern Mediterranean and its involvement in the Nagorno-Karabakh conflict, Kathimerini reported on Wednesday. Germany’s Minister of Foreign Affairs Heiko Maas noted that he had cancelled his visit to Ankara to show solidarity with Greece, adding that the latest crisis with Turkey will be on the agenda at the upcoming EU summit.

US State Department spokeswoman Morgan Ortagus warned on Tuesday that Turkey was deliberately complicating talks with its NATO ally Greece. She pointed out that coercion, threats, intimidation and military activity cannot resolve tensions in the Eastern Mediterranean. She urged Turkey to stop its calculated provocations, noting that unilateral actions cannot build trust or produce enduring solutions.