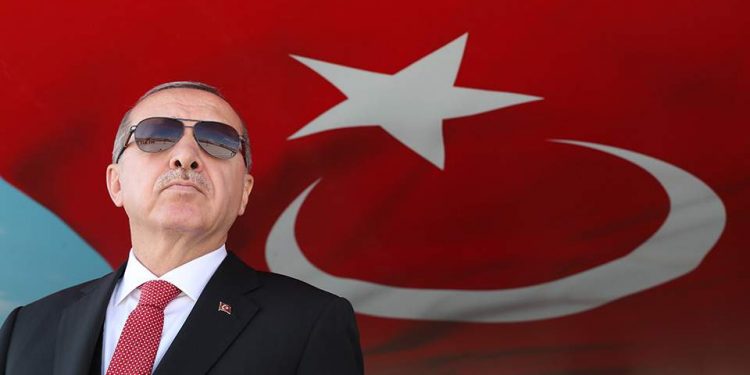 Brussels (Brussels Morning) Turkey’s President Recep Erdoğan accused Greece and Cyprus on Wednesday of breaking promises made during negotiations within the EU and NATO and announced that Ankara would give the two countries the answer they deserve, according to AP reporting yesterday, Wednesday.

His comments comes after Turkey redeployed the Oruç Reis seismic survey vessel back into disputed waters in the Eastern Mediterranean earlier this week, a move which exacerbated tensions with Greece and Cyprus. Turkish media report that the research vessel is being escorted two navy frigates.

In an address to the Turkish parliament, Erdoğan said the Oruç Reis was on duty in the Mediterranean and that Greece and Cyprus would get the response they deserved for breaking promises. He did not specify the promises he had in mind, but Turkish officials have been accusing Greek officials of making provocations.

The Greek government warned that it would not take part in exploratory talks to resolve their differences as long as the Turkish research vessel continued its exploratory mission. Government spokesman Stelios Petsas told Skai TV It that it was impossible for Athens to engage in negotiations on the Eastern Mediterranean while a survey was  underway in the disputed region.

Germany’s Minister of Foreign Affairs Heiko Maas rebuked Turkey for its unilateral action, pointing out that this undermined attempts to ease the situation. The US Department of State also criticised Ankara’s move.

Ankara maintained that the Oruç Reis had been redeployed in direct response to the Greek authorities’ decision to hold military drills in the Aegean Sea on what was Turkey’s main national holiday, Kathimerini reported, Wednesday.

On Saturday last, President Erdoğan announced details about the discovery of some 320 billion cubic metres of natural gas off the Black Sea coast. The new natural gas reserve are expected to help reduce Turkey’s dependence on imports.