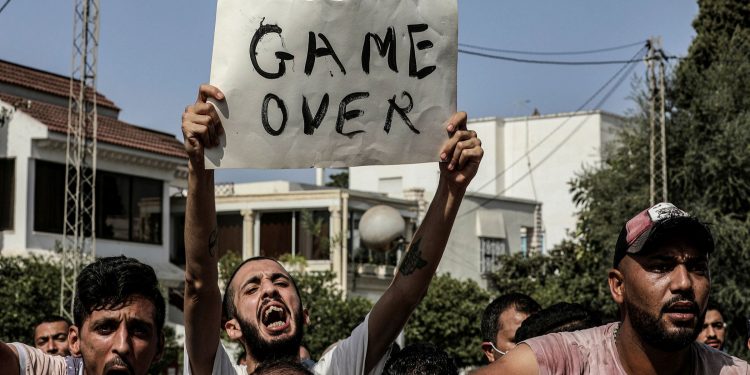 Brussels (Brussels Morning) Tunisian President Kais Saied announced a crackdown on corruption on Wednesday, and called on supposedly corrupt businessmen to return the stolen money in return for immunity from prosecution.

Saied’s announcement marks his first comment on the state of economy in Tunisia since he ousted the government, suspended the parliament and declared he was taking charge of public prosecution. His unprecedented move, taken last weekend, decried as a coup by the ruling Islamist Ennahda party, was welcomed by many citizens who had been protesting about the declining economy and the rising number of coronavirus cases.

When he met with the head of the UTICA business union on Wednesday, Saied claimed that 460 people had stolen around 4.8 billion dollars from Tunisia by siphoning off public funds and through tax evasion. He said he intended to crack down on corruption cases but that he would not “harm or abuse” businessmen.

The President proposed what he called “a penal reconciliation”, in which businessmen supposedly guilty of tax evasion or corruption would commit to projects “instead of being prosecuted and imprisoned”.

Saied, a secularist independent, came to power in 2019 having promised to fight against corruption and the entrenched political elite.The Ennahda party had been in power since 2011, when Tunisia became a democracy in what was considered the most prominent success story of the Arab Spring movement.

The country’s economy has remained stagnant, however, and the situation has only worsened with the outbreak of the coronavirus pandemic, causing many citizens turning to protest what they perceived as corruption and incompetence.

Claiming the country is facing “an imminent threat”, Saied invoked Article 80 of the constitution, which empowers him to take special measures should the country be threatened. Doing so, he  ousted the Prime Minister, suspended parliament for 30 days, and removed MPs’ immunity from prosecution.