10 years after the Arab Spring: Is Tunisia the revolution’s ‘success story’? 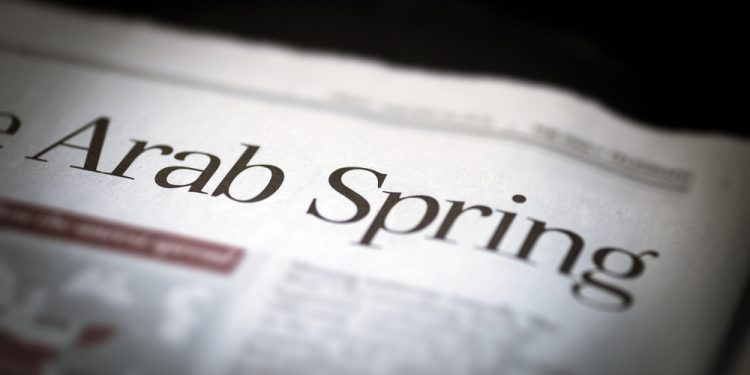 Ten years after the Arab Spring, Brussels Morning talks to political scientist Vincent Geisser on whether Tunisia is the success story it is thought to be.

Ben Ali’s fall, which seemingly took academia by surprise, led to a domino of revolutionary protests in several Arab countries.

The Arab Spring marked the end of authoritarian regimes, the perseverance of others, and plunged millions of people into civil wars, displacement and exile.

Ten years on, Tunisia is considered the cradle and the “success story” of the revolution, laying solid foundations for social justice, albeit passing through a painful process of stabilisation and a set of persisting economic and security challenges.

From Marseilles, where he teaches at the Aix-Marseille University and SciencesPo Aix, he spoke to Brussels Morning on the political transition in Tunisia, the challenges posed by the COVID-19 pandemic, and the “non-revolutionary” way the EU still perceives Tunisia.

Stella Athanasoulis (SA). Tunisia, “success story” of the Arab Spring. Is that a pertinent assessment 10 years on?

Vincent Geisser (VG). What is certain is that Tunisia has progressed to a higher stage. Certainly, however, there are disillusions and disappointments, a kind of popular disenchantment of what happened, saying that “in the end, this revolution did not bring much”. In any case, we could today say that there is a baseline of democratic institutional foundations, a new constitution, free elections, respect for freedom of speech and the right of association. So, on the procedural or formal level, Tunisia has indeed laid real democratic bases, unprecedented in history, it has built a form of political pluralism.

At the same time, one of the drivers of the revolution was the question of dignity, of economic and social rights. From this point of view, it is true that, unfortunately, the democratic process has not necessarily brought lasting solutions and that social inequalities, territorial fractures, young graduates’ unemployment and youth unemployment, more generally, is still very prevalent.

SA. More precisely, how do you evaluate the question of transitional justice, human and women’s rights?

On the question of freedoms, there are major advances on the constitutional level, in particular gender parity, the will to tackle regional inequalities, and the freedom of conscience, the prohibition of apostasy even if Islam remains a major reference in the Constitution. Likewise, the principle of decentralisation (more power for the local communities) is now mentioned in the Constitution of the Second Republic.

We are thus in a much more ambivalent reality where the constitutional gains are manifested. Still, many elements remain both from the legacy of the old regime and the fact that Tunisian society is a complex society, proud of its relative modernity through women’s status. At the same time, it is a society that remains deeply conservative. So, the post-2011, democratic Tunisian society remains crossed by many contradictions — at the same time inheritance of the dictatorship and of traditions and conservatism, which makes Tunisian society essentially complex. Tunisia must deal with the multiple historical, cultural and religious legacies.

VG. It is clear that Tunisia is one of the countries that have suffered the most from the economic crisis and, in particular, the health crisis. It already had significant economic and social difficulties before the COVID-19 pandemic. This crisis has catastrophic repercussions on the Tunisian economy because tourism is one of the biggest sectors and now under a total shutdown.

Despite that, it is still possible to travel to Tunisia with no ban on entering Tunisian territory, but the health crisis is reflected in the tourism sector’s hemorrhaging, which in recent years has been further accompanied by a security crisis. Each time there is an attack on Tunisian territory, it immediately resulted in tourists’ departure and then the cancellation of bookings.

Security crisis, health crisis, and an economic situation that is not easy; Tunisia is now experiencing a negative growth of -20%, which is historic. The country has never experienced such negative growth. Thus, the health situation has only laid bare both a security and an economic crisis within the country for more than 10 years now. However, we can notice that despite the social and economic difficulties, the Tunisian government has managed this health crisis with a certain efficiency, which proves a strong state tradition (the Tunisian Welfare State).

SA. In this context of health and security challenges, what is the place of Tunisia in the Euro-Mediterranean space?

VG. There are two aspects; at the community level of the EU, Tunisia was already a partner during the Ben Ali regime. It is even more so now. I believe that there is a concern among Europeans to preserve what they perceive as an “Arab success story”, a “democratic exception” in the Middle East and North Africa region. It is clear that in the attitude, the behaviours, the perceptions of the European community, there is the idea that Tunisia must be supported because it is the escapee of the Arab Spring.

At the same time, the same routines of politics and cooperation remain. We see that today the two main sectors, both at the Union level and member states level — because there are many bilateral operations in parallel with the EU partnership — the two pillars that remain are migration and security policy. And from this point of view, the EU has not changed its paradigm much. That is to say that the paradigms that founded the cooperation between Europe and Tunisia, “security-immigration-economy”, remain the same pillars after the revolution.

It is perhaps a pity that the EU did not more the revolution and rethink the role and reform of the state in Tunisia, understanding that democracy could not exist but if it were based on social justice and, therefore, on the presence of the state in society.

So yes, the EU is concerned about Tunisia’s future; yes, the EU considers Tunisia a privileged partner; yes, the EU is very attached to this status of democratic exception in the Arab world, but despite that all, the paradigms of cooperation remain the same: economy-immigration-security.

From this point of view, there is no revolution in the way the EU perceives Tunisia. The EU countries must operate an ” intellectual and mental revolution” concerning Tunisia and the Arab countries, considering them real partners and not only as “fields of application” of European policies (migration, economy and security).