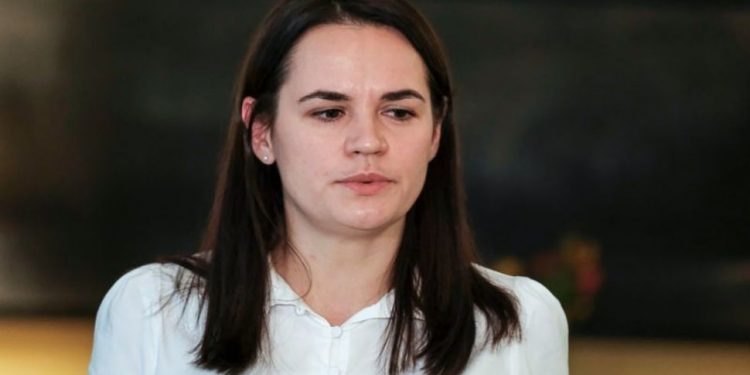 5 October On Monday, Belarusian opposition politician Sviatlana Tsikhanouskaya welcomed the EU sanctions against some 40 Belarusian officials as a step in the right direction and announced she would be looking for Germany’s Chancellor Angela Merkel to do more, Reuters reports.

The EU sanctions amounted to a small victory, Tsikhanouskaya said, but more was needed. Tsikhanouskaya anticipated that her upcoming meeting with Merkel would entail a warm conversation between two women, one in need of help and the other surely prepared to provide it. Tsikhanouskaya noted that Germany, she said, has already done a lot, but, without going into details, she hoped there was more to come.

The Belarusian opposition politician fled Belarus for Lithuania in the wake of the police crackdown that followed the disputed August presidential election. Incumbent President of Belarus Alexander Lukashenko won, but Tsikhanouskaya and her supporters claim the result was rigged, a charge Lukashenko denies.

Merkel has said the presidential election in Belarus was neither free nor fair and that Germany would not recognise the result. She added that she was unable to mediate between the two sides since Lukashenko had refused her requests for talks.

The crisis has pushed Lukashenko closer to his ally Russia, which has bolstered Belarus with loans and offered military support. Authorities in both countries have accused the West of meddling in Belarus, claiming the West’s support for pro-democracy protests is an attempt to provoke Russia.

More than 300 protesters have been detained and water cannons were deployed at anti-Lukashenko protests in the capital Minsk on Sunday, according to a BBC report on Monday. Protesters demanded the release of all political prisoners and called for repeat elections, this time free and fair. According to the BBC, the protest in Minsk protest had a turnout of 100,000. The authorities claimed it was significantly lower. The march on Sunday’s march marked the eighth week in a row that demonstrators have taken to the streets to protest what they see as a fraudulent election and the ensuing authoritarian crackdown on dissent.