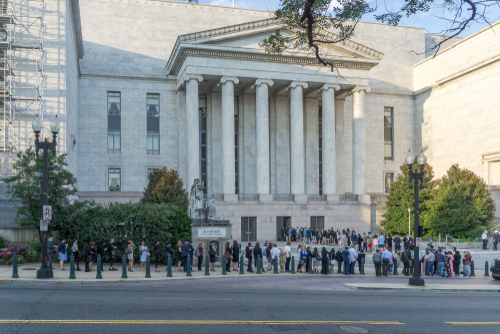 New York (Brussels Morning) The Select House Committee to Investigate the January 6th attack is necessary, will produce valuable evidence for future scholars and will have little impact on American public opinion or politics. The all but official Republican Party position is essentially that it wasn’t a very big thing and that we shouldn’t focus too much attention on it. Additionally, Donald Trump and those who were around him during the period leading up to the insurrection are doing whatever they can to avoid complying with the investigation.

The efforts by those involved to avoid having to testify, and the Republican support for their position is the kind of cover-up which we should be accustomed to by now. As has been said of many American scandals, going back as far as Watergate, the cover-up is worse than the initial crime. Given the dire nature of what occurred on January 6th, and the fact that the events of that day marked the culmination of a four-year assault on American democracy, this has yet to be proven true in this instance. However, the cover-up is beginning to take on a different strain, one that may indeed have devastating, longer-term implications.

This first became evident a few weeks ago when Donald Trump issued a statement pressing his view that “the real insurrection happened on November 3rd, the day of the Presidential Election, and not on January 6th, the day of protesting the Fake Election results.” It is easy to write this off as more ravings from a defeated and angry man planning his political comeback, but this comment is considerably more nefarious and deserves some attention.

Trump’s point that the election itself — the one in which he lost decisively – and not the assault on the Capitol, is the problem. In other words, in Trump’s addled authoritarian mind, it is the election itself that threatens to destroy America. The second part of the comment not only minimises the harm done by the protesters, but suggests that they were the ones who were legitimately and patriotically exercising their rights. This is nothing short of an endorsement of mob rule over free and fair elections.

These comments come at a time when Donald Trump is reported to be preparing to run for President in 2024, confirming what many people expected. Recent polls support the anecdotal evidence that Trump is very likely to win the Republican nomination if he runs, thus leading to another general election showdown with President Biden or some other Democrat. Although we cannot know who would win that election, we do know that it would likely be close and that there is a good chance Trump would lose.

Given that context, recent comments by Trump and his supporters must be seen as a further attempt to preemptively undermine the legitimacy of the 2024 election, just as Trump did in the elections of 2016 and 2020. The difference this time is that he is also making it clear that mob violence is what he expects from his supporters should he lose. This is essentially laying a clear foundation for further attacks on America’s already teetering democratic institutions and is creating the framework and rationale for Trump’s strongman regime.

The January 6th insurrection was probably the most dramatic, the most starkly visibly and perhaps even the most frightening episode in the Trumpist authoritarian movement, but it is also part of an all too familiar pattern. Trump does or says something outrageous or offensive, the pundits comment on how he has gone one step too far, some Republicans even join in, but then the Republicans move away from this position and soon whatever Trump did or said just reinforces existing partisan divisions. This has been true of everything from Trump’s early attacks on John McCain in 2015, his offensive statements in October 2016 about how he grabs women, his notorious phone call with the Ukrainian, President Volodymyr Zelensky, his murderous policies around Covid, to his refusal to accept defeat all the way through to the insurrection.

The American political establishment, still experiencing a hangover of certainty and righteousness, falls for it every time. The authoritarian movement understands this dynamic and knows that it can, through its propaganda outlets, reframe anything, including the siege of the Capitol, in a way that not only insulates it from blame but helps energise its base. The architects of Trump-led authoritarianism also know that as long as the political elite remains Pollyannish about the strength of American political institutions, the right wing does not need a majority — that a solid and fanatical minority of about 30% of the electorate will suffice.

As the House Committee investigating the insurrection struggles to find witnesses who will participate and testify earnestly and issue reports, Donald Trump is telegraphing his political strategy, making it clear that mob rule and violence figure more prominently than democratic elections. What is not clear is precisely what the Committee can do about this. However, the rest of us cannot ignore how the threat of violence from Trump’s loyal followers has grown stronger since the events of January 6th.