Trump says North Carolinians should vote twice – despite it being illegal 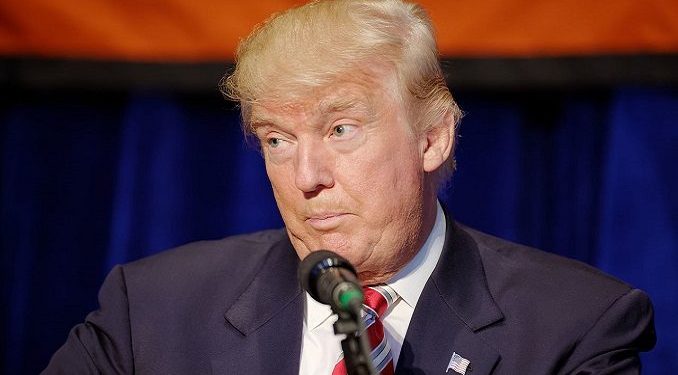 Donald Trump has suggested that people in the state of North Carolina should vote twice in the November election, once in person and once by mail, although doing so is a crime.

“Let them send it in and let them go vote,” Trump said in an interview with WECT-TV in Wilmington, North Carolina, on Wednesday when asked about the security of mail-in votes. “And if the system is as good as they say it is then obviously they won’t be able to vote” in person.

Voting more than once in an election is illegal.

“President Trump outrageously encouraged” North Carolinians “to break the law in order to help him sow chaos in our election,” said the state attorney general, Josh Stein, in a tweet. “Make sure you vote, but do NOT vote twice! I will do everything in my power to make sure the will of the people is upheld in November.”

The US attorney general, William Barr, told CNN that Trump “was trying to make the point that the ability to monitor this system is not good”. When told that voting twice is illegal, he said, “I don’t know what the law in the particular state says.”

Barr said mail-in ballots for the election on 3 November could be vulnerable to fraud, echoing an argument Trump has made to denounce the use of voting by mail. Trump has previously said the voting method is susceptible to large-scale fraud, although experts say voter fraud of any kind is extremely rare in the United States.

Voting by mail is not new in the US – nearly one in four voters cast presidential ballots in 2016 that way. A record number of mail-in ballots are expected for the election due to concerns about in-person voting during the coronavirus pandemic.

Trump has accused Democrats of trying to steal the election by pushing the use of mail-in voting. The re-election campaign of Trump has recently sued states like New Jersey and Nevada for expanding access to mail-in voting.

Democrats have said Trump and fellow Republicans are attempting to suppress the vote to help their side.