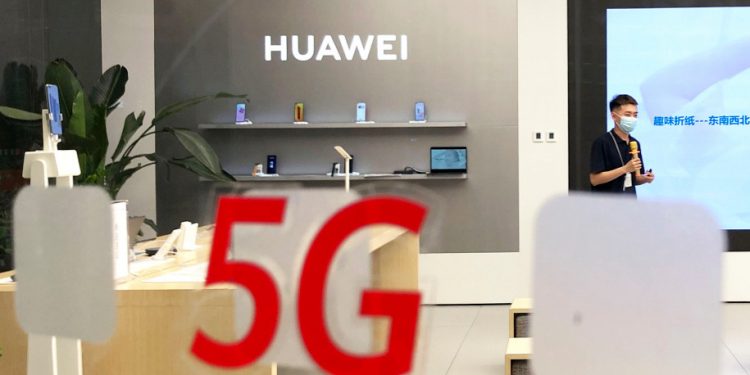 The Trump administration intensified its crackdown on Huawei, imposing new restrictions on the Chinese smartphone giant’s access to crucial components.

The US Commerce Department said Monday it will tighten rules enacted earlier this year that prevent Huawei from obtaining semiconductors without a special license — this time preventing even non-US companies from selling parts to Huawei if those parts are produced with US technology.

President Trump in a Monday interview with Fox News said that Huawei spies on Americans, adding that the company “is a disaster.”

“They used to have free rein over our country,” Trump said, dubbing the Chinese tech giant “Spywei.” “What happens is Huawei comes out and they spy on our country.”

Huawei has denied that it spies on US citizens for the Chinese government.

In 2017, China enacted the “National Intelligence Law,” which states that “Any organization or citizen shall support, assist and cooperate with the state intelligence work.”

The US government’s economic blacklist of companies affiliated with Huawei will grow by 38 to a total of 152, with Secretary of State Mike Pompeo saying that “Huawei has continuously tried to evade” US restrictions.

Commerce Secretary Wilbur Ross told Fox Business the restrictions on Huawei-designed chips imposed in May “led them to do some evasive measures. They were going through third parties,” Ross said. “The new rule makes it clear that any use of American software or American fabrication equipment is banned and requires a license.”

A new, separate rule requires companies on the economic blacklist to obtain a license when a company like Huawei acts “as a purchaser, intermediate consignee, ultimate consignee, or end user.”

The department also confirmed it will not extend a temporary general license that expired Friday for users of Huawei devices and telecommunication providers. Parties must now submit new license applications for transactions previously authorized.

Existing US restrictions have already had a heavy impact on Huawei and its suppliers. The May restrictions do not fully go into effect until Sept. 14.

Earlier this month, financial magazine Caixin reported Huawei will stop making its flagship Kirin chipsets next month due to US pressure on suppliers.