Trini Lopez, US singer and star of The Dirty Dozen, dies aged 83 from Covid-19 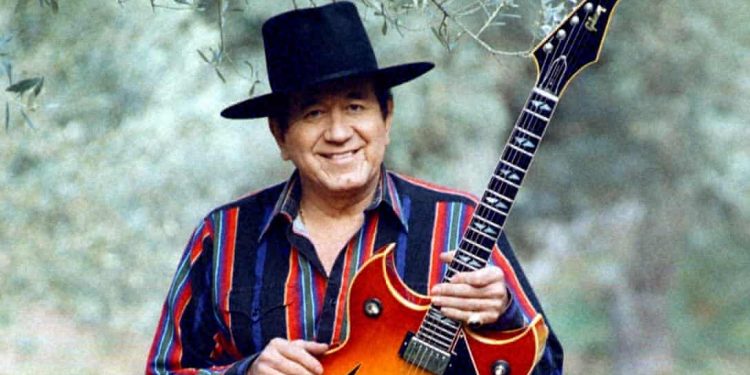 As well as starring in the 1967 second world war war classic The Dirty Dozen as one of the eponymous gang, Lopez scored a transatlantic hit with If I Had a Hammer and designed a pair of sought-after guitar models for Gibson.

Trinidad Lopez III was born in Dallas, Texas, to Mexican parents. His father, Trinidad Lopez II, was also an actor and singer, and the younger Lopez formed his first band aged 15 before shuttling between various record contracts for a number of years. He also had a failed audition for the Buddy Holly’s band the Crickets after Holly’s death.

But he earned a nightclub residency at PJ’s in Los Angeles, where he was heard by Frank Sinatra, who signed him to his label Reprise. His debut album was recorded live at PJ’s in 1963, featuring a range of songs that drew from US folk, rock’n’roll and traditional Mexican songcraft, including covers of Ray Charles’s What’d I Say, Woody Guthrie’s This Land Is Your Land and a raucous La Bamba. His version of Peter, Paul and Mary’s If I Had a Hammer outstripped the success of the original, reaching No 3 in the US, No 4 in the UK and No 1 in 36 countries; the album sold over 1m copies.

Lopez had further US hits with Kansas City and Lemon Tree, while I’m Comin’ Home Cindy was a minor UK hit in 1966.

At the peak of his popularity he was asked by guitar manufacturer Gibson to design two models, the Trini Lopez Standard and the Lopez Deluxe, owners of which include Dave Grohl and Noel Gallagher.

In the mid-60s he was releasing as many as five albums a year, though that slowed in the late 70s. While he continued performing, he released very little music until 2000, when he began recording again and released a further six albums.

He also starred in a self-titled TV variety show in 1969, which began a fitful acting career. His most famous role was as Pedro Jimenez in 1967’s The Dirty Dozen, starring alongside Lee Marvin, Charles Bronson and more.

He was unmarried and had no children.