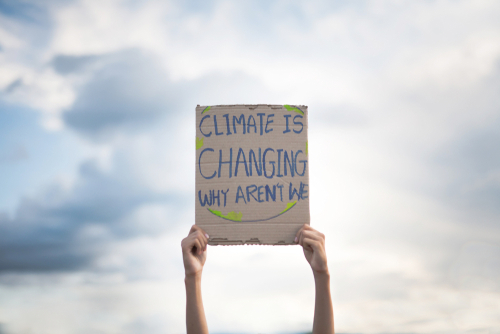 Brussels (Brussels Morning) A group from the Boigu and Saibai islands in the Torres Strait has filed the first climate class action to be brought by Australia’s First Nations people. .The lawsuit accuses the Australian government of insufficient action in protecting the islands against rising sea levels and extreme weather caused by climate change.

The claim was filed on Tuesday, the same day Australia’s federal government announced its roadmap to achieve net zero emissions by 2050, the plan that motivated former Australian prime ministers to write a letter of apology to the Pacific Islands for Canberra’s “cynical indifference” and “empty rhetoric” towards climate change.

The islanders’ action argues that Torres Strait Island communities and livelihoods are highly vulnerable to major impacts of climate change from even small sea-level rises — and that the Australian federal government headed by Prime Minister Scott Morrison is responsible.

Grata Fund, a non-profit advocacy group supporting the case, said it expects the action to be heard in the third quarter of 2022, with a decision likely within the following 18 months.

Paul Kabai, one of the representatives of the Torres Strait group, warned that should his community be forced to flee the rising sea, it would mean “losing everything: our homes, our culture, our stories and our identity.”

The Torres Strait Islands, located between the coast of far North Queensland and New Guinea, have been inhabited by indigenous communities for 70,000 years. Concerns over the worsening climate crisis have brought growing pressure to bear on the Australian government to address the issue of climate refugees.

Former Australian prime ministers Kevin Rudd and Malcolm Turbull and former foreign affairs minister Bob Carr to write to leaders of the Pacific Islands apologizing for the current administration’s inaction on climate issues, maintaining that “Australia can and should do much more.” They termed Morrison’s plan to reduce Australia’s emissions to net zero by 2050 “alarming” and a “bare minimum”, stating that “without accelerated cuts in emissions in the near and medium term, a net zero by 2050 promise has no credibility”.

All three apologized to the Pacific leaders, telling them that millions of Australians are “just as disappointed with our government’s lack of action as you are.” They blamed “vested interests in the coal and gas industry” and “right-wing populist media and politics” for the Morrison government’s failures.

The entire Pacific region contributes to only 0.03 per cent of total greenhouse gas emissions globally. Because of its low-lying topography, coastal areas in the region are likely to be among the first to be severely impacted. Scientists predict that the Pacific Islands will be completely submerged by the end of this century and that due to rising sea levels, some islands might run out of fresh drinking water even earlier, as aquifers become contaminated by seawater and salt.

Because of COVID-19 travel restrictions, a third of the Pacific small islands won’t be able to send any government representatives to the COP26 summit. This leaves them reliant on Australia, the world’s largest exporter of coking coal and iron ore, and its current Prime Minister, an acknowledged advocate of coal and fossil fuels, to represent their interests.