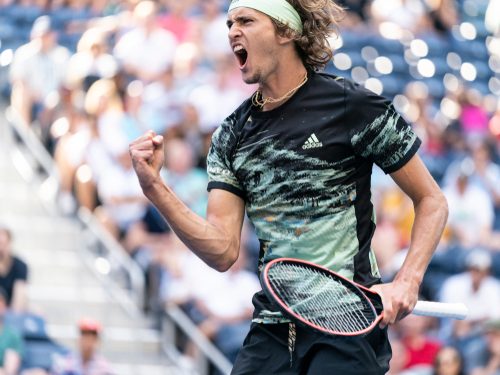 Belgium, (Brussels Morning Newspaper) World number three Alexander Zverev has been thrown out of the Mexican Open for “unsportsmanlike conduct” after attacking the umpire’s chair, following a loss in a doubles match in Acapulco. Germany’s Zverev argued with the umpire during the conclusive tie-break as he and partner Marcelo Melo lost the match.

“Due to unsportsmanlike conduct at the conclusion of his doubles match on Tuesday night, Alexander Zverev has been withdrawn from the tournament in Acapulco”, ATP declared.

Following the incident, Zverev took to Instagram and wrote that he had “privately apologised” to umpire Alessandro Germani and said he was “disappointed in myself”.  He called his behaviour “unacceptable”.

The outburst occurred after Zverev disagreed with the umpire, believing a ball had been called out incorrectly during a match tie-breaker. He started shouting at the umpire.

Britain’s Glasspool and Finland’s Heliovaara then won the match with an ace, at which point Zverev returned to the umpire`s chair and continued to yell, then hit the chair repeatedly.

Russell Fuller, a BBC tennis correspondent suggested the outburst might have been linked to sleep deprivation, noting that Zverev had been playing a singles match until almost 05:00 am that same day, the latest finish to a tennis match ever.