Toddlers can also go to summer school this year: ‘Can limit learning delay’ 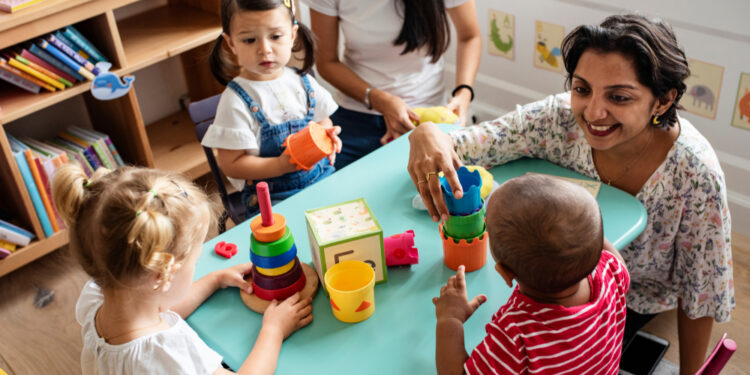 Brussels, (Brussels Morning)-  For the first time, preschoolers from the age of five can participate in summer schools. For example, Flemish Minister of Education Ben Weyts (N-VA) wants to combat learning disadvantages at the start of the school year. Toddlers will also be able to attend two schools in Brussels this summer.

In July and August, more than 11,000 students can attend one of the summer schools that are organised in 88 Brussels and Flemish municipalities, according to BRUZZ. In a summer school, children and young people receive a tailor-made offer for at least ten days in July or August to prevent or remedy learning disabilities, in combination with play, culture and sport.

The summer schools saw the light of day after the outbreak of the corona crisis and its consequences in terms of learning disadvantage. “We noticed that summer schools remain important even after corona,” says Michaël Devoldere, spokesperson for Flemish Minister of Education Ben Weyts.

From this year on, some schools will also be accessible to preschoolers of compulsory school age, i.e. from the age of five. “That question came from local authorities and schools. They noticed that toddlers who speak a different language at home, and hardly hear Dutch during the summer holidays, start the new school year with a backlog. We want to avoid that,” says Devoldere.

In Brussels, pupils can attend four summer schools in Anderlecht, Schaerbeek, Molenbeek-Saint-Jean and Laeken. From this year on, two of them will also receive toddlers: GO! primary school De Buur in Schaerbeek and GO! Freinet primary school De Telescoop in Laeken.

In De Buurt, five of the twenty toddlers who will go to first grade next year will participate in a ten-day program. “We had selected toddlers ourselves and then introduced them to their parents to let them participate in the summer school,” says director Hans Vanmarsenille. “No parent has refused, because they are also afraid of that step to primary school. It is often difficult for them to support their children, for example because they cannot read or write Dutch themselves.”

The school initially selected eight preschoolers. “In the end we chose to admit only five toddlers, so that we can offer quality. It’s the first time we do this, so it will be some searching anyway,” says Vanmarsenille.

Three kindergarten teachers will supervise the toddlers. That is certainly not too much, says Vanmarsenille. “The kindergarten teachers are only paid for the 8 hours that they are present. That means that they will have to do preparatory work at school. In addition, it will be a search for what will fascinate the toddlers. We have to make sure that they like it.” Finally, we want to involve the parents, so that they can better support their children at home with learning to write, for example.

Primary school De Buurt will only provide summer school for toddlers this year. There are two reasons for this. “There were only kindergarten teachers who applied. In addition, the community centre De Kriekelaar will organise a summer school for children from primary education. We will take care of these children at school and bring them to the community centre. pick up at school.”

In De Telescoop, both primary and pre-school students will be able to attend summer school. Of the 22 preschoolers, 12 will be present. Of the 80 primary school pupils, 23 will follow the programme. “These are mainly children from the first and second grade and OKAN students,” says director Rob Huijge.

Huijghe is also satisfied that toddlers are welcome this year. “Last year, when we first organised a summer school, we noticed that the children benefited greatly from this. So that will only be positive for toddlers. Our school is characterised by a lot of multiculturalism, so two weeks of intensive Dutch speaking helps. really to ease the transition from vacation to school.”

According to pedagogue Pedro De Bruyckere, expanding to toddlers is a good idea. “We know that preschoolers can be very different in terms of language and socio-economic background. This can lead to a learning delay. A summer school like this can help to limit that.”

“In summer schools, learning is done while playing,” De Bruyckere continues. “It’s a good balance between play, relaxation and learning. Without relaxing elements, it would seem like a punishment for children. Then they experience it negatively and summer school is less effective.” According to De Bruyckere, there are also other options for maintaining the language, for example through playgrounds.