Time for Plan B in Belarus: Timely transition and reform are necessary

by Simone Neads
in Europe 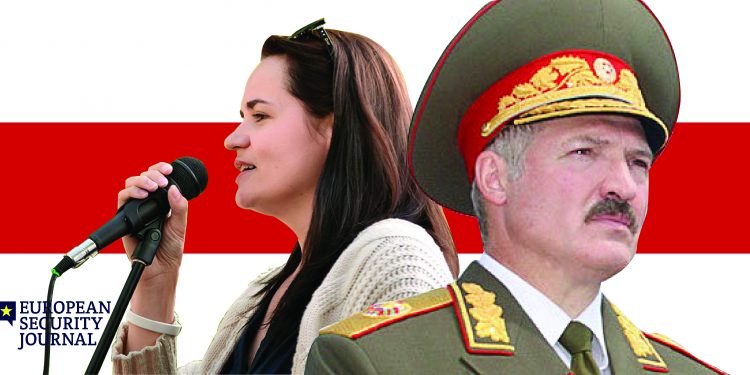 As protests in Belarus simmer, strong opposition to Alexander Lukashenko has locked it in a frozen conflict with the government that could escalate into direct violence. Russia and the EU, however, may still have a hand to play.

Prague (Brussels Morning) Tension remains high in Belarus as both activists and the government refuse to back down. This conflict that started last summer over disputed election results, reflects the general dissatisfaction with the government, especially with the country’s handling of the pandemic.

Some experts consider the current decrease in mass protest to be caused by the colder weather, not because of a decline in support for the movement against President Lukashenko. This means that there is likely to be a resurgence in protests and clashes between police and citizens in the upcoming months.

This standoff with police and government on one side trying to retain power, and activists and civilians demanding a new election on the other seems to echo many of the previous struggles for democracy. Lukashenko seems to be following the old playbook of authoritarian leaders. He is intimidating any opposition by arresting or removing dissenting voices. Even now, with the decline in protests, the free press is still under attack in Belarus, and journalists and critics remain jailed for their work.

The current situation places activists lives at risk with little chance of overturning the election, their ultimate goal.

The protest movement originally started after 9 August elections, which were surrounded by scandal and international censure. Not only was the election criticised for being undemocratic and unverified by independent observers, it was also a domestic scandal when opposition leaders such as Mikalay Statkevich were arrested and barred from running. However, the official results re-elected Lukashenko for another presidential term with 80% of the vote, continuing his 26th year in the position.

The pandemic contributed significantly to the unrest as people became aware of the lies that were being told by state media, which denied the virus. In turn, many people turned to independent media and alternative sources as trust in state television broke down, thus removing one of Lukashenko’s key tools of control.

Currently, the promise of warmer weather combined with the ongoing protests in Russia over the arrests of Navalny may re-invigorate protestors. The two movements share many of the same goals and grievances and have exchanged solidarity. The outcome of this merger has the potential for violence leaving Lukashenko with almost no options.

One constitutional reform measure could, however, provide a ‘way out’ for all parties.

Lukashenko has indicated that there will be a new constitution by the end of the year and that a referendum will be held in 2022. The proposed reforms are still unclear. However, Lukashenko has indicated his plans for a new constitution could include limitation of power for the office of president and the creation of political parties and allocating power to an elected assembly.

These reforms would likely satisfy all stakeholders, if they are implemented in an effective and timely manner. There is currently, however, fear that Lukashenko may drag out the process as a way to hold onto power. His own timeline does not include dates for a new election or when exactly he might leave his post.

For Lukashenko, who knows he cannot maintain power indefinitely, reform offers a way for the president to leave power without violence, and promises of amnesty for himself and his supporters. Currently reform may be his only option as he is running out of allies.

With no support from Europe based on his illegal actions before and after the elections, and dwindling support from Russia, loss of control of the population, the president faces a future with very little prospects.

Russia has supported parliamentary reform since September, although they seem to be playing both sides of the issue. On the one hand Moscow granted Lukashenko a 1.5-billion-dollar loan, on the other they are seemingly looking for ways to replace him. One leaked document that was originally reported in The Insider showed how Moscow intended to support parliamentary reform as a way to create a new pro-Russian party.

The new party would be named “the Right of the People” and could theoretically allow Russia to maintain proxy control over the country. The Kremlin supports many pro-Russian parties and politicians throughout the post Soviet space and even in Europe as a way to maintain influence and control beyond Russia’s borders.

The people of Belarus would most definitely view constitutional reform with great skepticism, as it goes against one of their core demands. They have fought against the election results, and against the unlawful imprisonment of opposition and activists. Accepting constitutional reform would be recognising Lukashenko’s authority and legitimacy. The opposition leader Sviatlana Tsikhanouskaya argues that the new constitution should not have input from Lukashenko and that a fair election should happen before reform.

However, the alternative would be to try to reinvigorate the protest movement, and call for workers strikes in a repeat of the fall. This would undoubtedly put activists and civilians in direct danger, as Lukashenko and the police force have shown their willingness to intimidate, arrest and physically harm protestors.

The call for Lukashenko to resign and new elections to be held would almost definitely fail. However, pressure to enact reform has a great possibility of success.

The final stakeholders are the EU and the US. The West has previously shown support for the activists and for new elections but wishes to maintain peace and stability in the region. From the EU perspective, simply overthrowing Lukashenko could cause a power vacuum. With no strong institutions within the country this could lead to chaos and potential violent infighting as a new government is established. For these reasons having a constitutional reform that would gradually limit Lukashenko’s power may be the best option for Europe.

The future is not hopeless but strong effort is needed to communicate to Lukashenko that timely transition and reform are necessary.

How reforms could work

Constitutional reforms and limiting presidential power are no one’s first choice. However, they do offer a possible solution for the country. Lukashenko may use the reform as a ploy to maintain power, but if there is enough pressure, both internally and externally, the reforms may actually work.

Russia is already pushing the country for reforms, and is a potential, if unconventional partner for keeping pressure on Lukashenko. Similarly, there will likely be continuous internal protests for leadership change from the people of Belarus.

The EU could have a direct role in convincing Lukashenko to adopt strong and timely constitutional reform, and new elections. The EU and the US would be able to support the transition through the promise of removing sanctions if reforms were to be successfully implemented. This would show the Union’s commitment to supporting democracy, as well as prevent escalation of conflict in its midst.

The alternative outcomes would be a prolonged frozen conflict or direct violence in Belarus – something that everyone is trying to avoid.