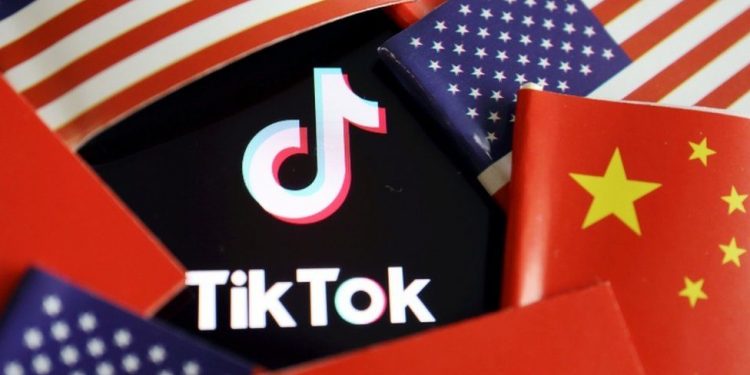 DONALD Trump has said he is considering placing a ban on even more Chinese companies in a press briefing yesterday.

The US president recently put pressure on video-sharing app TikTok and its owner ByteDance, declaring the app would be banned if ByteDance did not sell its US operations within 90 days. Now, Mr Trump has said other China companies could face US pressure as well.

In the press briefing, a reporter asked whether there were any other particular firms being considered, such as Chinese online trading giant Alibaba.

The president replied: “Well, we’re looking at other things, yes.”

He used Huawei as an example of another Chinese tech firm his administration has already placed a ban on.

He said other countries such as Britain had “backed away” from Huawei after the US warned they would not be sharing intelligence with them otherwise.

Mr Trump said: “You look at the UK. It looked like they were going that way, and now they’ve backed out.”

The president has also moved to effectively ban Chinese messaging app WeChat, though its parent company TenCent have sought clarity over what the situation is.

Mr Trump said earlier this month he would block US firms from doing business with WeChat.

Like TikTok, the president has said a buyer for WeChat must be found by the middle of September in order to avoid a US operations ban.

At least two US firms are vying for TikTok after the president warned a deal to purchase the app from ByteDance must be made by September 15.

Microsoft announced its interest early on, saying in a statement: “Microsoft will move quickly to pursue discussions with TikTok’s parent company, ByteDance, in a matter of weeks, and in any event completing these discussions no later than September 15, 2020.

“During this process, Microsoft looks forward to continuing dialogue with the United States Government, including with the President.”

Last week, reports emerged Twitter is also interested in buying the app, though analysts said it would probably have to resort to some big private tech investments in order to make the purchase.

Estimates of the size of any TikTok deal have varied, with rumours putting the cost between $30 billion and $50 billion.

Analysts have said a deal could be potentially lucrative, with ByteDance reportedly forecasting TikTok’s global revenues to grow six-fold to $6 billion in 2021 from $1 billion this year.

Dan Ives, an analyst from Wedbush, described the purchase of TikTok as a “unique deal of a decade opportunity.”

He claimed the Chinese video-sharing platform could be worth around $200 billion “in a few years”.

Analysts have written off other firms, such as Facebook or Google, from putting an offer in for TikTok due to competition rules.