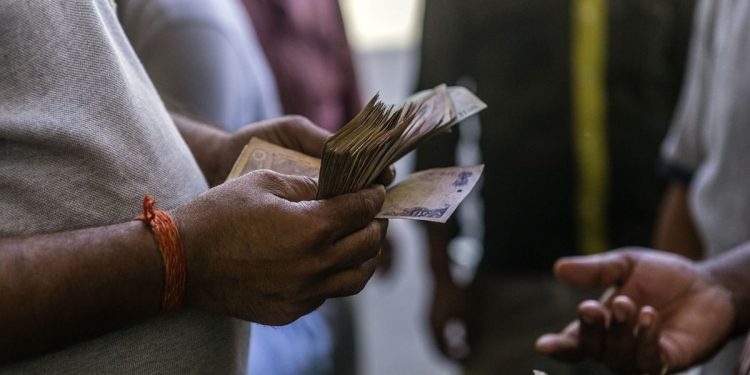 Brussels (Brussels Morning) Transparency International (TI) warned that governments are turning a blind eye to foreign bribery and has called on countries to do more to address large corporations paying foreign bribes to ensure favourable and preferential treatment when it comes to the award of contracts, DW reported Tuesday.

TI Chair Delia Ferreira Rubio pointed out that many countries are barely investigating the issue and stressed that the money lost through foreign bribery could otherwise go to lifesaving services like healthcare. She reiterated that too many governments look the other way when their companies bribe their way to winning business in foreign markets.

The anti-corruption watchdog noted that of 47 monitored countries, only four were effectively enforcing rules against foreign bribery – namely, the US, the UK, Switzerland and Israel, which lead the way in this regard. The four account for approximately 16.5% of global exports.

An international agreement concluded in 1997 under the auspices of the Organisation for Economic Co-operation and Development (OECD) prohibits foreign bribery. However, the OECD lacks the means to police compliance or take countries to task for infractions. In addition, China, the world’s largest exporter, has not signed up to the OECD rules, which, TI warns, means that Beijing does little or less by way of enforcement.

The watchdog pointed out that Germany, the third-largest exporter, carries out only moderate enforcement of the rules on foreign bribery. Overall, it concluded, governments need to do more to end the secrecy surrounding company ownership and they should make parent companies more liable for the actions of their foreign subsidiaries.

On Tuesday, TI noted that Cyprus had announced it would be axing its “golden passport” scheme on 1 November 1, a decision that came in the wake of multiple scandals and controversies. TI’s research and policy expert Maíra Martini noted that axing the citizenship-by-investment scheme was the only option since such a model serves only corrupt interests and not those of the people. While welcoming the announcement, Martini cautioned that the Cyprus government could create similar programmes or revamp existing ones, just as Malta did recently, which would still leave the EU wide open to dirty money.

TI’s anti-money laundering policy expert Laure Brillaud warned that golden visa schemes are broken beyond repair and stressed that it was vital action be taken immediately to protect EU member states and the EU from dirty money. In calling for EC legislation to regulate such schemes until they are phased out completely, she pointed out that yesterday it was Malta, today it is Cyprus and tomorrow it will be another EU member state’s golden visa model.