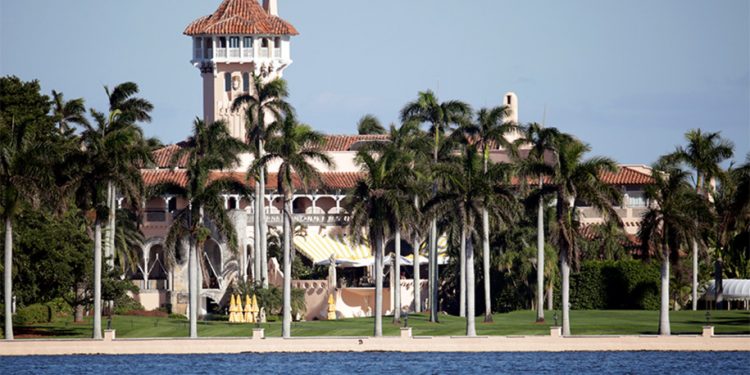 Three 15-year-old boys in Florida are reportedly in custody after inadvertently trespassing on Mar-a-Lago property while carrying an AK-47 as they tried to flee the police.

The bizarre scene unfolded Friday around midnight when Palm Beach police noticed the teenagers parked in a Hyundai on a road about two miles from President Trump’s club, the Palm Beach Police Department told the local NBC affiliate.

When police approached the vehicle, the driver took off, initiating a short car chase, according to the report.

The teens eventually ditched their vehicle right near Mar-a-Lago and allegedly carried a backpack containing the rifle as they fled onto the property.

Club security found the bag containing the rifle and a 14-round magazine on a seawall, police said.

The boys were later detained on the property. When a cop asked the group about the rifle, one of them allegedly told the officer he “found it.”

Police told the station that the teens didn’t realize they were inside the US president’s resort and that they had randomly ended up on the grounds as they attempted to evade capture.

The teens are being held at the Juvenile Assessment Center in West Palm Beach. Police have not released their identities.