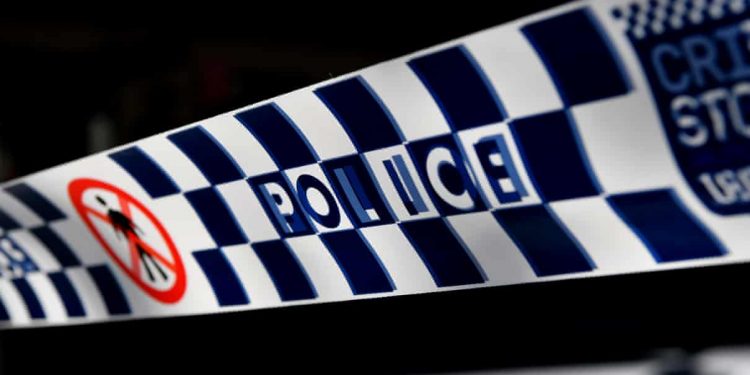 Three men have been hospitalised after an alleged stabbing following an under 20s community football game in Sydney’s northwest.

Emergency services were called to Old Saleyards Reserve in North Parramatta following reports of an assault after an under 20s community game between Wentworthville Magpies and Penrith Brothers on Sunday morning.

Acting Inspector Grant Morrisey said a kitchen knife with a six-inch blade was used in the brawl which left three men aged 16, 19, and 22 injured.

They have been taken to Westmead hospital where two are in a serious condition.

Insp Morrisey said it was unclear if the incident was related to the result of the match.

Several men fled the scene before police arrived and a 19-year-old man was later arrested at a Cambridge Park home. He was taken to Nepean Hospital under police guard for treatment of an existing hand injury.

NSW Rugby League said players from both teams were leaving the grounds after the match when one of the Wentworthville Magpies’ players was stabbed.

The other two people wounded were spectators.

NSWRL chief executive David Trodden warned anyone involved in the alleged incident would never have a role in the game again.

“The incident is sickening criminal behaviour and those responsible for it deserve to face the full force of the law,” he said in a statement on Sunday.

“Everyone who enjoys community sport at the weekend should expect to be able to do in a safe environment and it is nothing short of appalling that an incident like this has taken place in an area adjacent to where one of our matches was being conducted.

Both teams have been stood down pending the outcome of the police investigation.

“When we arrived at the scene it was very alarming – these were brutal attacks,” he said in a statement.

“Wounds like this can cause an extensive amount of damage and often we can see the extent of damage done – so it is very concerning whenever we are called to jobs like this.”