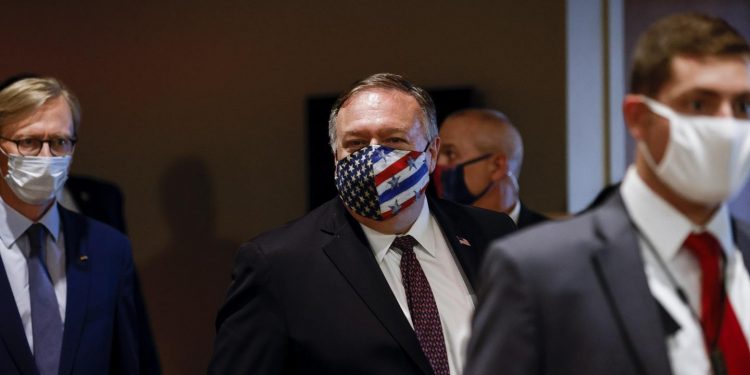 On Friday, Germany, France and the UK opposed US plans to re-impose UN sanctions against Iran starting Sunday, according to DW reporting.

In a letter to the UN Security Council, the three countries stated that the proposed re-imposition of sanctions would be illegal. They also stressed their continuing commitment to preserving the nuclear deal the US withdrew from in 2018.

The US began its effort to re-impose UN sanctions on Iran in August in a bid to prevent the expiration of the conventional arms embargo on Iran on 18 October. The Security Council rejected the plan less than a week later, citing a lack of consensus. A dozen Council members claimed the US sanctions move was invalid, given the US’s 2018 withdrawal from the nuclear deal with Iran. However, the US maintains it has a legal right to trigger the return of sanctions by way of a disputed procedure known called “snapback”.

Un-named sources claim US President Donald Trump plans to issue an executive order to impose US sanctions on Iran in coming days with the aim of preventing anyone from violating the UN arms embargo on the country, Reuters reports.

Iran’s President Hassan Rouhani points out that the US attempt to do so is failing because Washington’s European allies have declared such a move legally void, according to the BBC  on Sunday. Rouhani accused the US of bullying and threatened a crushing response. Germany, France and the UK along with the US, China and Russia had signed the original deal aimed at curbing Iran’s nuclear programme in 2015.

After the US withdrawal, Iran reneged on of its commitments, most notably by enriching more uranium than agreed to under terms of the deal. The US insisted that Iran should be sanctioned for this breach in keeping with provisions of the snapback mechanism contained in the deal. The US has also been arguing for the retention of the conventional arms embargo on Iran beyond its expiration date of 18 October. Most members of the UN Security Council disagree.

Iran’s Foreign Ministry has termed the US sanction effort futile and denounced Washington’s approach as a major threat to international peace and security.