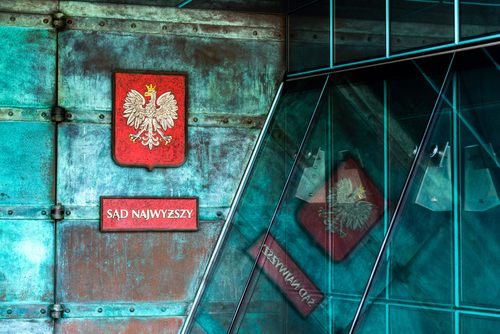 Brussels (Brussels Morning) Tens of thousands of Poles took to the streets on Sunday, protesting last week’s ruling by the nation’s top court, which declared parts of the EU law are incompatible with the Polish constitution.

Rally organisers claim between 80,000 and 100,000 people turned out to protest in Warsaw alone, with many more protests held in over 100 towns and cities across Poland, as well as in several cities in other countries.

Protesters waved Polish, EU and rainbow flags, chanting “we are staying”. The organisers claim that the government-friendly Constitutional Tribunal’s ruling threatens to push Poland out of the EU.

Polish opposition leader, Donald Tusk, the former European Council President, addressing the protest rally, warned that the ruling Law and Justice (PiS) party is jeopardizing Poland’s future in the Union. “We know why they want to leave”, Tusk declared, “(It’s) so that they can violate democratic rules with impunity”.

The Polish Constitutional Tribunal ruled on Thursday that some EU treaties are in direct conflict with the country’s constitution, insisting that the Polish constitution has primacy over EU treaties, despite the fact that the primacy of EU law remains the key tenet of European integration.

The constitutionality test was initiated by the Polish government in response to European Commission complaints about Warsaw’s controversial judicial reform. According to the EC, the reform has undermined judicial independence in Poland. The Union’s top court, the European Court of Justice (ECJ), has ordered Poland to disband its “disciplinary chambers” for justices.

According to Warsaw, the government’s judicial reform is part of “eradicating the vestiges” of Communist-era influence. While the government announced plans to disband the disciplinary chambers when faced with a threat of losing access to EU funds, the consequences of denying the primacy of EU law could turn out to be much more severe in the long term.