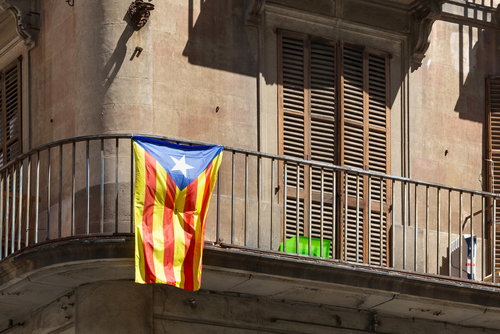 Brussels (Brussels Morning) Around 60,000 Spaniards joined far-right parties in Madrid on Sunday to protest against planned clemency for leaders of the failed 2017 Catalan independence push, expressing their opposition to Prime Minister Pedro Sánchez’s plan to ease tensions between Madrid and Barcelona.

The protest was held in Madrid’s Colón square, which has become the venue of choice for right-wing protesters in recent years. The protest was the second in two years to draw the leaders of three major right-wing parties – the far-right Vox, the populist centre-right Citizens and the conservative Popular Party (PP).

Leading Vox members were cheered by the crowd, El Pais reports. PP head Pablo Casado kept a lower profile and faced jeers from the public, as did Ciudadanos leader Inés Arrimadas. Notably absent from the protest was the recently elected Madrid Community President Isabel Díaz Ayuso, a rising star within the PP. Some analysts see her as replacing Casado in the future. Ayuso and many other PP regional leaders found excuses not to attend in the run up to the weekend protest.

The three right-wing parties previously gathered together in the Colón square in 2019 drawn there by a similar cause – again a protest against Sánchez’s handling of the Catalan independence issue. The Sunday protest focused on the Socialist government’s plans to offer sweeping pardons to leaders of the Catalan independence movement, who were jailed after a failed unilateral referendum was declared unconstitutional.

Critics of the planned clemency claim that the separatists had not shown remorse for their actions, and accused Sanchez of seeking to appease Catalan lawmakers in the national parliament because he needs their support to prop up his government.
At least one of the leaders of the independence movement, former Catalan deputy premier Oriol Junqueras, publicly welcomed the planned offer of sweeping pardons for the jailed Catalan leaders including himself, saying it would be a welcome gesture to “relieve the pain”. Junqueras also conceded that holding a unilateral referendum had been a mistake and expressed support for a hypothetical future negotiated referendum.