Thousands evacuated from Athens’ suburbs as wildfires near Greek capital 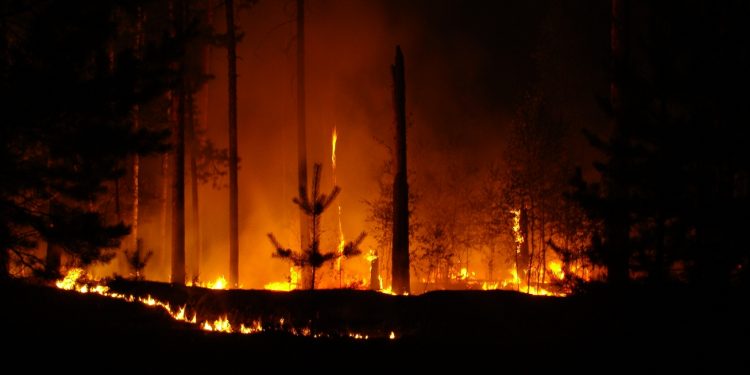 Brussels (Brussels Morning) Thousands of residents of Athens’ suburbs were forced to flee their homes as uncontrolled wildfires neared the Greek capital on Wednesday, with firefighters struggling to keep the blaze away from residences.

Greece is currently facing its worst heat wave in more than three decades, with extreme temperatures and strong winds sparking and fanning hundreds of fires across the country. Temperatures in Athens rose to 45 degrees Celsius at times.

Emergency services ordered thousands of residents living north of Athens to evacuate their houses as flames enveloped the northern suburbs. Fire crews reportedly were going door-to-door to ensure that everyone complied with the order, while the government was sending out text messages, warning the residents of affected areas to leave their homes and seek safe shelter.

According to police reports, around 70 people had to receive help escaping from homes threatened by fire. A group of 80 children was evacuated from a summer camp as wildfires threatened to approach. Fire brigade sources said seven water-dumping aircraft and five helicopters, 70 fire trucks and more than 500 firefighters have been deployed to contain the fires.

Athens’ power utility company IPTO warned that the fires have damaged parts of the electric grid, potentially threatening to cut off the supply of power to the outskirts of Athens. The flames have also disrupted rail transport, and the authorities were forced to close off a part of the national motorway.

Authorities are hoping that the heavy winds will taper off during the day, which would both slow the spread of fire and would also allow the firefighting aircraft to resume operations. Greek emergency services have been maintaining a near-nationwide fire alert across the country since early Wednesday.

The deadly, unprecedented heat wave is also fanning the flames elsewhere in the region, with Italy, Turkey and Albania also fighting off a series of forest fires. On Monday, the EU sent firefighting aircraft to help Turkey in its firefighting efforts.