This Year’s US Election Is More Normal Than It Looks 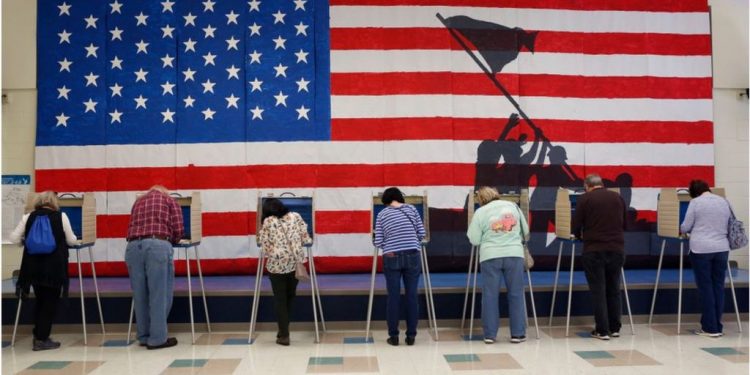 ”Because of this it is even more striking how, in so many regards, this election is similar to most recent presidential elections.”

Despite the rapid, bizarre and occasionally frightening changes in American politics, culture and society, little seems to be able to change how American voters think about their vote choice. A pandemic has killed more than 180,000 Americans. Unemployment approaches ten percent. Protests, demonstrations and political violence are occurring on the streets of many American cities, but the basic framework of the election, the coalitions and the political challenges remain unchanged.

The economic downturn, demonstrations associated with the reinvigorated Black Lives Matter movement and increased political violence, while not quite as unprecedented, have never all occurred at the same time during an election. More significantly, there has never been an election when the incumbent president has made it clear that he might not accept the outcome if he loses. Efforts by the American government to limit reporting about Russian and other foreign intervention also makes this election sui generis in American history.

Because of this it is even more striking how, in so many regards, this election is similar to most recent presidential elections. For example, after the Democratic conventions, pundits and observers speculated whether the Democrats could thread the needle of mobilizing their progressive base while not alienating more centrist voters, while after the Republican convention many of those same pundits and observers speculated about whether the people of color who spoke at the convention would make it more difficult to portray the party as racist.

These same questions could have been asked following the party conventions in every presidential election for at least the last forty years.

Over the course of these nearly two generations much has changed in America and the world, but the basic party coalitions have not. The coalition Biden is seeking to put together to beat Donald Trump, particularly with regards to race, is not that different than the one Walter Mondale sought to create to beat Ronald Reagan in 1984 or that Bill Clinton and Barack Obama both assembled when they successfully ran for president.

Then, and now, Democrats need to win the African American vote by a very big margin, of at least five to one, win Latinx voters by a somewhat smaller margin, and be competitive among white voters. A recent YouGov/Yahoo poll shows Biden winning African Americans by 64 points, Latinos by 20 points, but losing white voters by ten points. That is same basic racial breakdown can be found in the exit polls of every American presidential election in the last forty years.

The inability to recognize what has not changed in American politics, contributes to shoddy and poorly focused analysis. We saw this during the early months of the Trump administration when an enormous amount of attention was paid to the question of why working class whites, particularly in rural areas, voted for Trump.

Books like J.D. Vance’s Hillbilly Elegy became required readers for liberal elites. The political behavior and culture of lower income white Americans is important and, for some, fascinating, but their support for the Republican Party is not new. The last Democrat to win a majority of these voters was Lyndon Johnson in 1964. Trump’s white working class supporters were known in the 1980s as Reagan Democrats and in the decade before that as Richard Nixon’s silent majority. In 2016 Donald Trump did better with working class whites then Mitt Romney did in 2012, but that was a difference of degree, not of kind, because those voters have been the base of the GOP since at least the Reagan years.

Thus, a central dynamic of this election is that despite the rapid, bizarre and occasionally frightening changes in American politics, culture and society, little seems to be able to change how American voters think about their vote choice. A pandemic has killed more than 180,000 Americans. Unemployment, while not as bad as in the spring is nonetheless approaching ten percent.

Protests, demonstrations and political violence are occurring on the streets of many American cities, but the basic framework of the election, the coalitions and the political challenges remain unchanged over the decades.
This is a reflection of how deeply partisan feelings run, but also of how partisanship in today’s America is so intertwined with racial, and other identities.

There is an enormous irony that one of the most significant impacts of the revolutions in political, and other, communication, the emergence of populist semi-authoritarian leader, foreign intervention, pandemic and recession over the last years has led to an election that with regards to coalitions, themes and strategy looks very similar to most other recent campaigns, but that seems to be what has happened.