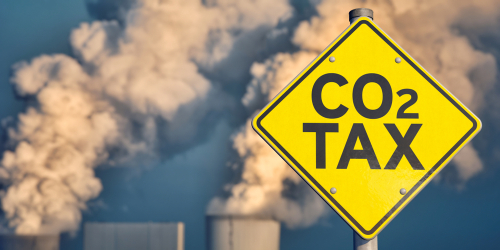 Brussels (Brussels Morning) A study conducted by the Ember and E3G climate thinktanks shows that the EU’s planned carbon border tax will probably impact Russia the most.

The European Commission proposed the Carbon Border Adjustment Mechanism (CBAM) in July and plans to impose it in 2026 on goods that pollute, according to Reuters reporting on Wednesday.

The move will force some importers to the EU to pay a tax on carbon-intensive products such as aluminium and steel, with the study noting that the planned tax would not have a significant impact on trade with China.

According to the Commission’s proposal, the CBAM could be introduced as early as 2023 and become fully implemented in 2026.

The scheme targets sectors that account for approximately 3.2% of annual imports to the bloc, but have CO2 emissions equivalent to roughly 47% of free allowances allocated to EU companies.

Under the EU carbon market system, companies have to buy allowances for their emissions and can sell any surplus allowances to other companies.

According to the study, CBAM fees on products imported from Russia would stand at 442 million euro by 2026 and reach 1.88 billion in 2035, when the EU scraps free allowances. The fees will be imposed mainly on aluminium, fertiliser and steel.

In comparison, Turkey and Ukraine would pay 824 million euro and 870 million respectively, by 2035.

China, the largest emitter of greenhouse gases and the EU’s largest source of imports, is expected to pay just 484 million euro by 2035.

While China criticised the proposal, warning that it would have negative effects on economic growth prospects, the study shows that the EC’s proposal would benefit China as competitive advantage of Chinese imports to the bloc would improve.

Researchers at the Tsinghua University pointed out in May that CBAM would have limited impact on China’s industry, which would fade over time, concluding that no evidence suggests the scheme would affect growth in the long term.