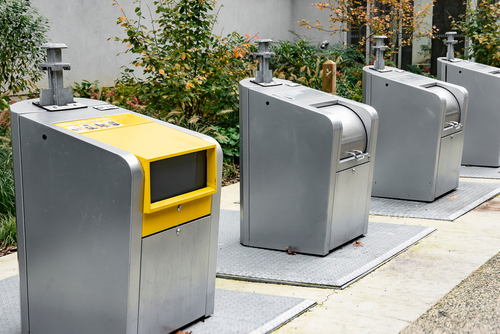 Brussels (Brussels Morning)A clothing container from Spullenhulp lay across the cycle path on the IJzerlaan on Wednesday morning. Thieves had pushed the container over and looted it. Stuff Hulp solves the situation today. “Too bad for everything that is lost from the container,” they wonder.

The photo appeared on Twitter on Wednesday morning. Stuff Help will send a team on site this afternoon to repair the container.

“In any case, we pass all our clothing containers in Brussels at least four times a week, both for maintenance and to empty the containers,” says Spullenhulp spokeswoman Claudia Van Innis, according to one report by BRUZZ. “In IJzerlaan, such thefts happen occasionally, but not more often than in other places.” In general, she calls the problem in Brussels ‘limited’. This is confirmed by the police, who have not received any reports about this in the past two years.

Van Innis talks about two types of thieves. “On the one hand, you have people who are really in need and therefore steal clothes. They cause a few problems. On the other hand, there are more organised thefts,” says Van Innis. “This is really about vandalism, with a lot of waste often ending up on the street. Those thieves only take what they want and throw the rest on the street.”

Stuff Hulp emphasises that such facts mean great losses. “Quality items are lost and the recovery of the container means a financial loss,” says Van Innis. “Our reputation is also taking a hit. It is a pity for all that is lost.”

To resolve the situation, Spullenhulp regularly checks with municipalities to see whether the containers can be moved to another street corner. “The problem is often smaller in busier places,” says Van Innis. Spullenhulp has also invested more in underground containers in recent years. “They are more difficult to vandalise.”

“The European rules recommend installing one clothing container per thousand inhabitants. That is far from the case in Brussels,” says Van Innis. “More containers can already be part of the solution.”