The war in Europe has boosted the integration of Europe 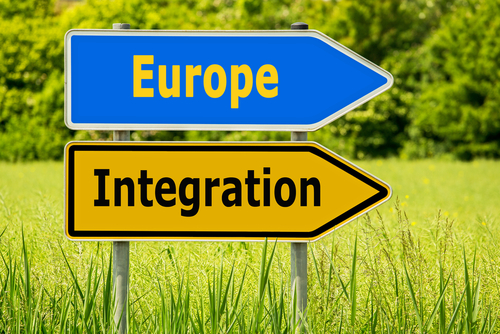 Belgium (Brussels Morning Newspaper)  The geostrategic picture in the world is changing from day to day and everything is undermined by the ongoing war in Ukraine. To understand the developing processes in the world Brussels Morning spoke to Yves Leterme , former Prime Minister of Belgium and a member of Club de Madrid.

Sarhan Basem (SB): Has the war in Ukraine reunited Europe?

Yves Leterme (YL): I think that has been the case. Europe is confronted with a challenging situation and emergencies, and Europe must act together to solve the case of the financial crisis, the refugee crisis, and now Ukraine. These impactful events develop themselves. These moments are speeding up, so  I think on this occasion, the integration in Europe has deepened. Things were more complicated to enforce in the normal diplomatic negotiations.

SB: What are the implications on democracy, migration, and economy in Europe and across the world?

YL: I think for Europe, I would hope that we pay more attention, spend more energy and invest more in our neighborhood policy while realizing that we are not like the US, surrounded by oceans and friendly countries like Canada and Mexico. We are surrounded by neighbors that don’t have the same ideas as we have. Demographically and economically speaking, totally different parts of the continent that we have to safeguard and protect our interests and foreign policies about protecting values and that we invest more in looking at what’s happening in the Balkans, Northern Africa, and Russia. You can’t move countries; Russia will be our neighbor and we have the courage to address them and invest more political energy. I would hope that the Ukraine crisis is a kind of supplementary and willingness to seize the momentum and get our acts together and have a clear and sustainable position on the major four or five files about the relations with our neighboring countries.

SB: Will the current conflict be a burden to European countries as they’re receiving thousands of refugees fleeing from Ukraine?

YL: I’ve been to Budapest and the Italian-French border, and to Belgium. I have two or three thoughts. My impression is that the absorption capacity of the European societies toward Ukrainian refugees is quite big. I think that people really want to open their hearts, including the political leadership of the countries, and try to address the real issue.

But globally speaking, there’s a lot of solidarity with the people from Ukraine. And honestly, I don’t think that it is a very problematic issue. Of course, we have to invest in the long run, because now we address the urgency, and thanks to what Poland, Romania, Hungary, and Moldova are doing, this is really fantastic what has been done there. Also the other countries such as France, Belgium, Germany.

I think we should now go to some policy design for the long run. There are of course our labor market issues and educational issues and all kinds of collective services that must be opened to these people. Most of them are only here on a temporary basis and want to go back to their homes in Ukraine. But in between, I think we should offer them chances for education and employment. It is also in the interest of the European society to do so. I think lots of these people are skillful and have a good attitude and want to participate and integrate and work.

SB: Will the current situation lead to NATO expansion?

YL: I will make a distinction between the Nordic Scandinavian; It is very delicate and sensitive., I was recently in Helsinki, and the part of the population that wants to join NATO has increased due to what happened to Ukraine. So that is something that should be treated as such separately. Also, given the kind of society, we’re talking about, and then there is Georgia, Ukraine, where it is more difficult. There, you really are talking about the consequences of the implosion of the Soviet system, and it is 30 years of history, but it is only 30 years of history, so I think we should be also prudent in that field. So, I think that, as we discussed earlier that there is no willingness presented by president Zelensky to consider neutrality and to talk about how to organize neutrality and internationally safeguarded. It is part of the conversation for the next decades I think. It should not be considered as a kind of reward for somebody who unleashes violence and horrifying war crimes and so on.

SB: What would be the consequences if Russia occupies part of Ukraine?

YL: Well, I think they are presently doing it in Luhansk and Donetsk. First, in observation, we already have 4 or 5 theatres where we have this concept of frozen conflict. I think that in the interest of some policies and rules of Mr. Putin, Transnistria, I believe this would be the whole issue of the territorial integrity of Ukraine. And the best to judge and evaluate this and how to handle this is Ukrainian leadership. We should be very strict on territorial integrity, and that being said, I could imagine there should be conversations to peacefully settle the issues. As Europeans, we should be aware that this issue of Russophone, Europe is full of this kind of language and culture links, minorities that live in other countries or live across the border, so there should not be a creation of some type of precedent.

A U-Turn is needed for the future of Russia

SB: Does America really strive to bring Putin’s regime down?

YL: That’s a very difficult question because what has been inflicted by Putin’s leadership on Ukrainian people and ordinary citizens is not only unacceptable but is it also horrifying. This is a mere fact and whatever Lavrov and Putin say about the manipulation of facts, this is a fact and it should not be renamed or go unpunished without any consequences. Russia is there, and it will stay there and we’re living closer to Russia than America. So there is no ocean between us and Russia. We have to find some kind of a settlement, and a change of leadership in Russia is not an option. We should take it as a very stable hypothesis and face reality. Putin is there, and he will be there tomorrow and perhaps the day after tomorrow, so we have to work with that reality. But I understand the spontaneous statement made by Joe Biden.

SB: Do you think Europe has provided adequate military support to Ukraine?

YL: I think only a part is in the public domain, so we can’t evaluate all aspects, but I would tend to say yes. Taking into account all kinds of risks of unleashing a faster conflict and adding to the brutality of what’s happening, I think Europe has done now a good job although I understand the frustration on the Ukrainian side.

SB: Based on your experience, how do you eye the closing scene of this crisis?

YL: I think now we are into the process of decades and decades of very deep feelings and tension between Ukraine and Russia, we will go through a kind of situation of a face-saving point of view, Russia has some guarantees that go far beyond MINKS agreement in terms of Luhansk and Donetsk, and where I think the access to the sea will be guaranteed. And then there is the whole issue of the payments to rebuild and reconstruct the country. There should be a peace agreement of a settlement that is very complex and complicated and goes far beyond the general media.