The utopian challenge of the New European Bauhaus 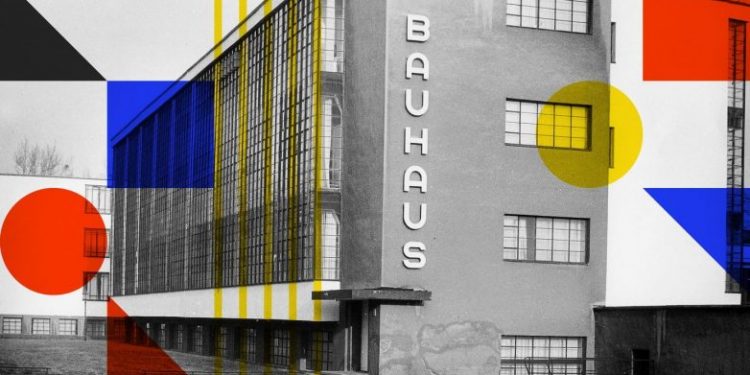 Serena Pacchiani shares her review of the innovative and environmentally focused design project of the European Commission, the New European Bauhaus.

Rome (Brussels Morning) The European Commission’s new program for a more sustainable culture was introduced with the affirmation that “Europe’s foundations have both ancient and recent roots, contradictorily, near and far, at once similar and different. Coriaceous fibres rested and could resist the passing of time and the merciless effects of external pressure: neglect, inexorable climatic effects, and violent human aggression. Roots can be strong, but are also, in fact, very delicate: they may succumb to imminent danger bear humanity’s weight”.

These thoughts were articulated by the President of the European Commission, Ursula von der Leyen less than six month ago. She offered them as a utopian aspiration while laying out the utopian project of the New European Bauhaus.

This cultural project is interwoven with the daring communitarian challenge of the Green Deal that sets the policy tone of the coming decades.

“The New European Bauhaus — reads the main official press release — is an environmental, economic and cultural project, aiming to combine design, sustainability, accessibility, affordability and investment. It is a creative initiative, breaking boundaries between science and technology, art, culture and social inclusion, to allow design to find solutions for everyday problems”.

Beyond the technicalities, policy objectives and agenda-setting negotiated by the Commission, the articulation of this cultural programme is largely the fruit of a participatory process that will be elaborated upon in the coming months.

However, it is worth questioning and reflecting on the choice of linking this project to one of the most important cultural movements of interwar European history, the Bauhaus. There has been no shortage of etymological scepticism over this choice, but let us begin with a letter entitled “Objections to the term New European Bauhaus”, drafted in November 2020 and signed by the academic staff of the Jan Van Eyck Institut.

Contrary to protocol, the letter insinuates that the branding has a national connotation, as Bauhaus is a school of thought founded by Walter Gropius in Weimar in 1919; the brand is also described as a “political” allusion to Nazi persecution that forced the school first to move to Dessau (1925) and then to close (1933), triggering a dramatic exodus of German architects.

The New European Bauhaus, it is argued, cannot be framed as a historical heir to a movement that in 2019 turned one hundred years old. Furthermore, the Bauhaus inspiration cannot be read as a desperate search for a re-evocation of a decisively memorable past or an attempt to revive charismatic personalities whose revolutionary work shaped the world of European and international culture. It will be impossible to replicate or reincarnate Johannes Itten’s syncretic theories of chromatic resonance, Walter Gropius’s functional design ideas, or the more broadly crafted propositions developed by Mies van der Rohe.

The Bauhaus’s permeating spirit as an influence in this context lies in the desire to elaborate a transnational cultural “science” that grounds globalism to the human experience. The project under consideration focuses on everyday life as Gesamtkunstwerk, a total and all-embracing work of art from craftsmanship to technology. The documentary-trilogy created in 2019 by the German channel Deutsche Welle, Bauhaus World, effectively sums up the intangible principle that allowed this movement to spread globally, an influence that it still resonates.

Too little attention is given to women’s fundamental role within the school, except a series of recent treaties that shed new light on the subject: see for instance Bauhaus Women: a Global Perspective by (Elizabeth Otto and Patrick Roessler Bloomsbury:2019). Rediscovering the creations of Gertrud Arndt or Benita Koch-Otte is a timely endeavour. Through this work, we can immerse ourselves in their optimistic daily struggles for personal and intellectual emancipation, fuelling. The hope is that the daring spirit and the utopian intentions of these women will inform the new European project of the Bauhaus universe.