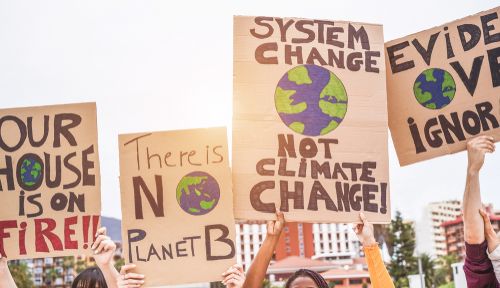 While the US wants to lead on the climate change agenda, other countries have been busy gaining ground during the US’s four lost years, says Lincoln Mitchell.

New York (Brussels Morning) Joe Biden’s presidency is now approaching its 100th day, a landmark that has no actual significance, but for decades has been a time to take stock of how a new presidency is doing. As expected, Biden has focused on domestic policy and getting vaccines to Americans. The latter has been an extraordinary success as the US, after dreadfully mishandling the pandemic itself, is among the world’s leaders regarding vaccinating its citizens.

While this has not allowed for a lot of focus on foreign policy, one issue, climate change, appears to be emerging as a top foreign policy priority for the new president. Biden first signaled this during the transition when he appointed former Secretary of State John Kerry to the newly created position of Special Presidential Envoy for Climate.

One of the first major steps Biden is taking to become a global leader on combating climate change is hosting a virtual White House summit later this week. The goal of the summit is to “catalyze efforts” to “limit planetary warming” and “highlight examples of how enhanced climate ambition will create good paying jobs, advance innovative technologies, and help vulnerable countries adapt to climate impacts”.

These are very ambitious goals, but with regards to climate change, it is essential to swing for the fences. We are not going to provide a future to coming generations unless we are ambitious and broadly inclusive in our efforts to stop a potential environmental apocalypse. Accordingly, Biden has invited to the summit leaders from major powers like China, Germany, Japan, France, India and the UK, as well as important regional powers such as South Africa and Indonesia. One of the most intriguing event participants is the UAE.

It may seem counterintuitive to invite a major gas producer like the UAE to a climate conference but in seeking to craft a post-fossil fuel future for itself, it is an important part of the process.

John Kerry has already praised the UAE for its climate action leadership, adding that they “accepted the responsibility of helping with the transition…they’re going to continue obviously for a period of time, particularly with gas…But they understand this is a change that is coming and they need to diversify their economies”.

He made this statement following his recent trip to a regional climate dialogue organised by the Gulf country convening leaders from throughout the region to agree to work together to ensure the success of the Paris Agreement and to reducing emissions by 2030. The UAE may seem like an unusual convener on the issue of climate action because it is both very small and has enormous wealth derived from fossil fuels but combating climate change will require a global commitment from countries of all sizes to contribute, share information and explore solutions.

The UAE is also acutely aware that continued reliance on wealth from fossil fuels may not be economically possible if demand for oil and gas subsides as new energy sources develop.

Similarly, it is very possible that countries seen as contributing to the climate problem rather than the climate solution will see valuable global alliances and relationships threatened.

Thus, the UAE, despite their history with energy has a stake not just in helping to address climate change, but in becoming a global leader in the effort. They have already begun to demonstrate their commitment by becoming the producer of the world’s cheapest solar power, investing over 15 billion dollars in renewable energy projects in 70 countries and allocating a further 400 million dollars in clean energy aid and concessional loans to 27 island nations that are most vulnerable to climate change.

The UAE has also built the first industrial scale carbon capture utilisation and storage facility in the Middle East. This is a daunting task for a small country, but the stakes, and the potential payoff, for the UAE and the climate effort could be quite high.

Casting the US as the leader in the effort to address climate change is, to some extent, a product of political rhetoric aimed at domestic American audiences as well the myopia that consistently characterises American policy making. The truth is that in recent years, while the US was withdrawing from efforts to address the climate crisis, led by an administration that did not believe that it was a real threat, the world didn’t stop to pine for American leadership. Instead, many countries, as well as multi-lateral organisations like the EU, moved forward with research, solutions and other efforts.

None of these are sufficient, but it is a reminder that the US has to earn the role of leader on climate change. The appointment of John Kerry and the coming climate summit should be understood in that context. Efforts by countries like the UAE, if sincere and effective and coordinated by US efforts, can play a role in that project.

Biden’s climate summit is seeking to accomplish two major goals — to make progress in the broader climate struggle and to claim a leadership role for the US in that endeavour. Given the peripatetic nature of American domestic politics during this century and the impact of that on US foreign policy, including climate change, the rest of the world may be wary of the latter goal.

However, beginning by using America’s still strong convening power to bring a diverse group of countries together during his hundred days is a good step.