The US Was Always Stable, Until It Wasn’t 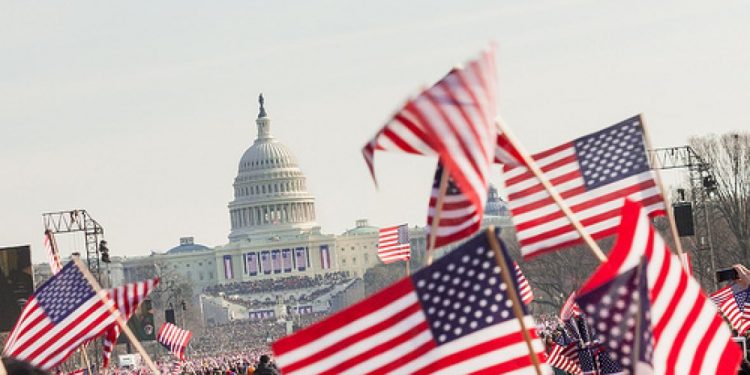 New York (Brussels Morning) In the 75 years since World War II ended, the US was first locked in what felt at the time like an intense two-sided struggle with the Soviet Union for global preeminence then, after the Cold War ended, it became the global hegemon enjoying military, economic and political power that dwarfed that of any other country.

No hegemon, including the US, lasts forever as concerns about American decline were evident even in the first years after the fall of the Soviet Union. However, these concerns deepened in the 21st century as the terrorist attacks on September 11th, 2001, the two costly American wars that followed that, the recession of 2008 and increased domestic divisions and tensions all occurred alongside the steady rise of China.

The election of Donald Trump in November of 2016 and his subsequent efforts to weaken American democracy and its institutions even before his horrific and murderous mishandling of the Covid-19 crisis only accelerated these trends.

American strength in the world was always grounded in more than just military and economic power. For much of the post-war period America’s most valuable asset has been its reputation for financial and political stability. The US was the place where people from a broad range of countries and political backgrounds knew their money would be safe.

It was also a paragon of stability having, since the conclusion of the Civil War in 1865, experienced peaceful transitions of power, enduring political institutions, a relatively high level of domestic peace and strong rule of law while being free of wars occurring on American soil. This meant that the US could plan and make commitments decades into the future and that other countries knew the US would not undergo any dramatic changes that might upset those plans or commitments.

There were always enormous problems in the US, primarily around issues of race and racism, but from an outside perspective American stability was extraordinary.

The last four years have changed that. The Trump presidency has not entirely destabilized the US, but it has made the world see that possibility. There has been an increase in demonstrations and protests that, while largely peaceful, have occasionally led to destruction of property and violence. Racial tension is very high and encouraged by a white nationalist president who has made no effort to defuse the racist people and ideas driving that tension.

Perhaps most significantly, Donald Trump has rolled back American democracy and embraced a more authoritarian approach to governance: referring to the press as the “enemy of the people”, refusing to commit to a peaceful transition even as his own party actively seeks to steal the election, sending semi-official and unidentifiable troops to cities to break up demonstrations and kidnap demonstrators, all but ignoring the deaths of more than 200,000 Americans to Covid-19 while boasting of his own immunity and using his office to enrich himself  and his family are just some examples of this.

The damage Trump has done to America’s always deceptively fragile social fabric is too extensive to fruitfully list in its entirety, but the key takeaway is that undoing that damage, and the concurrent harm it has caused to America’s global reputation will not be easy even if a new president is elected in January.

In the last four years Donald Trump has squandered America’s greatest asset-not our wealth or our military strength, but our reputation in the world as an enduringly stable country. We are now just another country that has flirted with authoritarianism and political instability, just another country that was always stable until it wasn’t. America is now a country that, to borrow a phrase from the great Leonard Cohen has “been stable, give or take an administration or two.”

America cannot get back to where it was from roughly 1991-2016 until it convinces the rest of the world that the Trump era was an aberration and that US is a stable country where democratic norms and institutions are strong. The problem is that assertion simply isn’t true anymore and even the election of Joe Biden isn’t going to change that.

As aberrant as Donald Trump’s presidency may be, the sentiments, bigotries, fear and culture that produced him have roots that begin much earlier than when Trump rode down that escalator in spring of 2015, and will not easily fade away when Trump leaves office.

Joe Biden’s inclination to immediately try to rebuild American alliances and rejoin or strengthen multi-lateral institutions and agreements may be a good first step and reflects Biden’s decades of experience firmly in the mainstream of the American foreign policy establishment. However, this will not be enough. American power and ability to play a leading role in solving global problems will be hamstrung if the rest of the world continues to see the US as beleaguered by domestic instability and the looming possibility of a return to the democratic rollback and chaos of the Trump era.

Solving these problems will be extremely difficult and will require an extraordinary combination of vision, persistence, temperament and probably a bit of good luck. That is a lot to ask of any new president, but, should he win, that will be a big part of Joe Biden’s challenge as he seeks to reposition and reinvigorate post-Trump America’s standing in the world.