The US is back if our allies want us 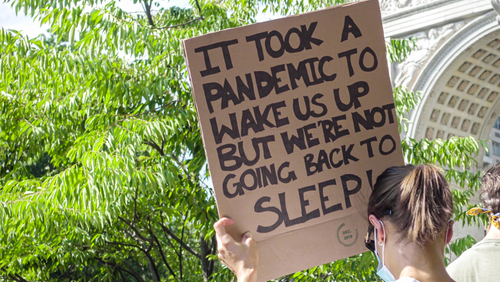 New York (Brussels Morning) The Biden administration has been in office for slightly more than two weeks and already American foreign policy is changing. On 26 January, the new American President spoke with Russian President Vladimir Putin. The readout from the call showed that the two leaders discussed the START treaty, Russian interference in the US election of 2016, the poisoning of Aleksey Navalny and several other topics that should be at the top of the American agenda with Russia. It was a break with the Trump administration not only to see a very different tone regarding US-Russia relations, but even simply that a clear and coherent readout was made public.

The poisoning of Navalny and the demonstrations around Russia that followed have begun to become an important tension in US-Russia relations. The new Secretary of State Antony Blinken has condemned the Russian mistreatment of demonstrators and journalists involved in those demonstrations in a tone that suggests the Biden administration, unlike its predecessor, will not be letting the Kremlin call the shots when it comes to US policy on Russia.

On balance, these are not, at least yet, world changing events that rise to the level of major international crises. Protests on crackdowns in Russia, military coups and similar developments in faraway countries are the kinds of events that confront almost all American presidents. We should also expect more events like these over the course of Biden’s time in office. The Biden administration responded to the demonstrations and crackdown in Russia and the coup in Myanmar with statements of concern and assurances that they are watching the situations closely that should be comforting to anybody who wanted to see the American government and foreign policy return to a more normal footing following the disruption of the Trump era.

Biden has put a foreign policy team that is very much part of the foreign policy establishment, albeit a part that is aligned with the Democratic Party. That has been very apparent in recent weeks. Unlike during the Trump years, Biden’s team did not hesitate to speak out against Putin’s violent crackdown. Nor was the new American president afraid to raise the subject during an exchange with the Russian President. All of this was the norm in the decades preceding Donald Trump’s presidency.

It is way too early to make any judgements about Biden’s foreign policy, but in the first few weeks it is becoming apparent that Biden is making two big bets about his foreign policy. The first is that by assembling a team of experienced foreign policy teams who lean more towards knowledge of the structures and institutions of diplomacy and policy making rather than new ideas or innovative approaches, American foreign policy can move forward and address some of the problems created by the previous administration despite a president who, out of political necessity, will have to focus much of his time and energy on domestic policy.

Second, Biden is basing his foreign policy on the assumption that there is an appetite, both in the US and internationally, for the US to return to its position of being deeply engaged with the rest of the world and of having a large presence in most parts of the globe and on most issues. This is a foundational assumption of the American foreign policy establishment, but it is not a given that it is still true-if it ever was.

During the last four years the US has not only withdrawn from the role it has created for itself in the world over the 70 years or so, but has also seen domestic unrest, violent state crackdowns and state-supported insurrections on a scale either entirely unprecedented or not seen in the US for well over a century. That has created a context where many traditional allies would like to see America, and American foreign policy, from the pre-Trump era return but they also may feel like an erratic USA where administrations change foreign policy every four years and where domestic instability has not fully receded, is not a desirable partner. Many Americans may be asking a similar question of how much we should be concerned about coup attempts and crackdowns on demonstrators in other countries while we have not fully overcome these problems at home.

It is in the interest of America and its allies that Biden win both of his bets. If his experienced team’s familiarity with the structures and institutions of foreign policy allows them to rapidly undo the damage done by the previous American foreign policy team, that was not burdened relevant experience or any particular knowledge of foreign policy, and if our allies truly want a renewed internationalist commitment from the US, Biden’s policy will be on track to succeeding and the US, and our allies, will be stronger for it.