The UAE controversy surrounding the next Interpol president 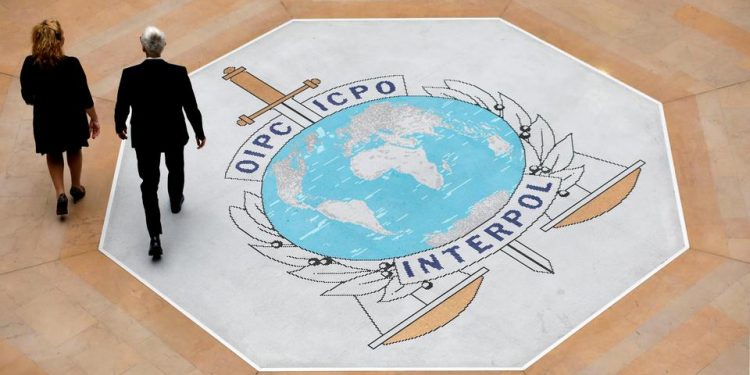 Paris (Brussels Morning) The post of President of Interpol will be up for grabs during the next General Assembly and the United Arab Emirates are pushing for the election of Major General Ahmed al-Raisi through financial and public relations leverage, in order to take complete control of that crucial organisation. As lawsuits for torture and human rights abuse are being filed against the UAE official, international humanitarian organisations, barristers and criminal justice watchdogs are crying foul.

Apart from the obvious irony of trusting an authoritarian regime to lead the world’s policing organisation, a series of practical and moral concerns arise with regards to the al-Raisi candidature. These stem not only from the candidate’s profile and the country’s sobering human rights record, but also from the lack of transparency and accountability within Interpol, the politicisation of its work, and the correlation between funding and undue influence.

Following years of corruption scandals at the top of its leadership, the organisation now has the opportunity to reform in order to meet the challenges it faces and to regain the necessary trust and apolitical, neutral character. Sir David Calvert-Smith, the UK’s former Director of Public Prosecutions, wrote in a report published earlier this year that the election of Major General Al-Raisi would be a dangerous step backwards in this regard.

Neither James Bond nor transparent

Interpol is generally perceived as a secretive international organisation, manned by James Bond–style personnel who work to interrupt criminal activities worldwide. In truth, it is more a framework of cooperation among very different national policing authorities with very different perceptions of the rule of law.

As the only global policing organisation, it is respected and should be trusted to uphold the respect of human rights and rule of law in an apolitical context, as this is clearly declared in Article 3 of its Constitution: “It is strictly forbidden for Interpol to engage in any activities of a political, religious, military or racial character”.

Leading the work of the General Assembly and the Executive Committee and thus the entire Interpol structure, the President commands considerable power and authority. Albeit an unpaid and part-time job, it is thus considered an essential requirement that the person atop this sensitive position is a person of proven integrity and moral sufficiency.

But in recent years, the organisation’s reputation has been marred by corruption scandals, with its previous president Meng Hongwei, the first Chinese national to be elected to the post, being sentenced to a 13-year prison term on corruption charges. Interpol was also implicated in the FIFA scandal, as well as in conflict of interest cases, such as with the Philip Morris tobacco firm, the World Health Organization and with several pharmaceutical companies.

Although Interpol publicises its procedures and work, it is far less transparent when it comes to the election of its president and executive committee. It takes place every four years during the meeting of the General Assembly, and requires a two-thirds majority of the votes which come from delegates of every one of the 194 member states.

However, the candidates’ names are not made public until just before the voting starts. This is being defended by the fact that nominations can be made at any time before the election. Yet it leaves almost no time for the candidates to be vetted and their profiles and records to be scrutinised. This lack of transparency has been a serious source of criticism, as it potentially allows for lobbying and risks putting persons of questionable public record and morals at the top of the organisation.

A candidate and country with a questionable human rights record

The 2020 meeting, postponed because of the COVID-19 pandemic, is to take place towards the end of 2021. Expected to elect the new president and executive committee, it was also coincidentally scheduled to take place in Abu Dhabi.

The UAE has in recent years put on a face of tolerance and respect for universal values and human rights; among these moves was the organising in 2018 of a number of conferences around what they called “The Year of Tolerance”. But as Calvert-Smith underlines, a wealth of evidence suggests that there continues to be significant, sustained and systematic breaches of human rights by the Emirati authorities, not only against Emirati citizens – which make only about 20% of the population – but also against migrant workers, foreign businesspeople, researchers, journalists and human rights advocates.

There are still no unions, no legal protection framework for migrant workers and freedoms are profoundly restricted, making the country a real human trafficking hub. Forced disappearances and imprisonment in harrowing conditions are also widely practiced under a criminal justice system with no due process or fair trials, in what has been called a “fundamental disregard for the rule of law”.

An October 2013 Reprieve report notes: “Recent events have made it increasingly clear that the UAE’s use of torture is not confined to isolated incidents. In June 2013, Amnesty International and Human Rights Watch voiced fears about the use of systematic torture in state security facilities in the UAE”. High-profile cases include the arrest of Emirati human rights advocate Ahmad Mansoor who has been in jail since 2017, Princess Latifa who was arrested and returned to her father, the ruler of Dubai, when she tried to escape, as well as the arrest, torture and imprisonment without trial of two UK citizens, which put the British government in a rather embarrassing position.

Major General Ahmed al-Raisi is General Inspector of the UAE Ministry of Interior since 2015, a position that confers him with considerable power and influence over police and security services, for which he has been internationally condemned. The Lebanon-based Gulf Centre for Human Rights (GCHR) filed a complaint against al-Raisi in June, accusing him of “torture and barbaric acts” against Ahmad Mansoor, whom Amnesty International considers a prisoner of conscience. “He sits at the very top of the Emirati criminal justice system. He has overseen an increased crackdown on dissent, continued torture, and abuses in its criminal justice system” wrote Sir Calvert-Smith. In a joint statement last month, Human Rights Watch and the GCHR warned that his candidacy “may jeopardise the global police organisation’s commitment to its human rights obligations”.

But the Emirati mission to take over the presidency of the organisation does not stop with the candidacy of Ahmed al-Raisi. Adding to the controversy is the recent “donation” by the UAE, of a staggering 50 million euros to the “Interpol Foundation for a Safer World”.

Established in 2013 in Geneva as a not-for-profit organisation, the foundation is legally and administratively independent from Interpol but supports its activities. Its stated mission is “to engage government and companies to support Interpol’s work in building a safer world”. But the Foundation has no other mandate and as Calvert-Smith notes: “A donation of any size, let alone one of 50 million, is nothing more than a donation to Interpol itself.

When it comes to funding, Interpol has two main sources of income: statutory contributions from member states (based on their economic weight and calculated according to a formula) and voluntary funding (split into cash and in-kind contributions), which make for a significant proportion of its income. The UAE’s statutory contribution for 2019 amounted to 243,466 euros or 0.425% of the total budget. In 2017, it was 231,064 euros.

The report finds more issues of particular concern when it comes to the close links between the UAE, the Foundation and Interpol itself. Hamad al-Shamsi, UAE ambassador to Lebanon and “Ambassador of the Foundation” features among the members of the board, currently presided over by Elias Murr, former deputy prime minister of Lebanon. Furthermore, the report notes that plans were under way in 2016 to build the Foundation’s “World Bureau” in Abu Dhabi, while the 2017 Unity for Security Forum held in Abu Dhabi featured heavily in the Foundation’s website. Shortly after the forum, the UAE unilaterally pledged 50 million euros to the Foundation to support seven projects to “combat terrorism and global crime”. This sum is larger than the entirety of the voluntary cash contributions of 49m and more than 40% of Interpol’s total annual income for 2017.

Under this light, Calvert-Smith notes: “The contribution at least creates the impression that the presidency of the organisation may be seen as a reward for a financial contribution”.

On the political side, Interpol’s control and sharing of information and access to the mechanisms of other police forces becomes a useful tool of repression and intimidation. In fact, the Calvert-Smith report finds that the system of the Red Notices – an international wanted persons list – can be abused by authoritarian regimes to crack down on dissent and arrest dissidents and critics. Over recent years, there has been growing criticism of the organisation for not properly filtering the Red Notice requests, based on the assumption that they are requested in good faith. As the report notes: “In blunt terms, there is strong evidence that despotic states issue Interpol Red Notices in order to arrest and extradite political opponents and business-people whose interests do not align with the regime”.

In addition, Interpol has no mechanism to challenge any alleged bias: the lack of appeal process and the opaque procedure make it difficult to remove Red Notices and easy for regimes to fabricate criminal charges and pursue political opponents around the globe. The Council of Europe has repeatedly criticised the mechanisms as prone to abuse and called for substantial reforms.

Another thorny issue concerns the lack of accountability for Interpol. Being a supra-national organisation, it has immunity from legal process in France, where it is headquartered, and a further significant degree of immunity in the US and Singapore, where it also has outposts. In essence, the report adds: “Interpol is not in any real sense, accountable to any external body, court or jurisdiction”. A fact which makes it per se a very attractive means for authoritarians to expand their crackdown on dissent worldwide but also crucial to have a transparent, neutral and sufficient leadership.

For all these reasons, institutional, financial and with respect to Interpol’s mandate and mission, what should be demanded is a review and thorough scrutiny of the candidates for the top job. “Whatever the reason for the emergence of Al-Raisi’s candidacy”, the report concludes, “Interpol’s continued resistance to a fully open process for the election sits ill at ease with its assertions of transparency”. Major General al-Raisi is, put simply, unfit for the role.